I decided to draw a written balance-sheet of the year about to end in just a few days. Why? 2017 was the hardest and most difficult year in my life, but also one of the best.

I always liked the number 7. When I was a child and people asked me what was my favorite number – I always said “seven”. Didn’t know why. There’s probably something intuitive that I cannot explain. Then I realized that my life is submitted to the number 7. This number is many times present in my birthday date, I live in houses with 7 in the address, etc. In a numerical horoscope made for me, the years 1997, 2007 and 2017 were often mentioned. And actually, as it turned out, nothing is coincidence.

The first six months of 2017 were hard. Close people of mine had serious crises, there were serious diagnoses. My biggest fear – of death and diseases – unlocked. For months I couldn’t sleep, all the time thinking about the meaning of life. At about the same time, I also made hard decisions to end relationship with people with whom we were only killing each others’ nerves. Facing such decisions, everything is very scary. You stop thinking reasonably, being under the influence of strong emotions. Questions pop up like what will happen next, how you will bear the changes, will you have new goals, new provocations and new people … I realized I would soon be 40 and I will enter the second half of my life. And what will these years be? 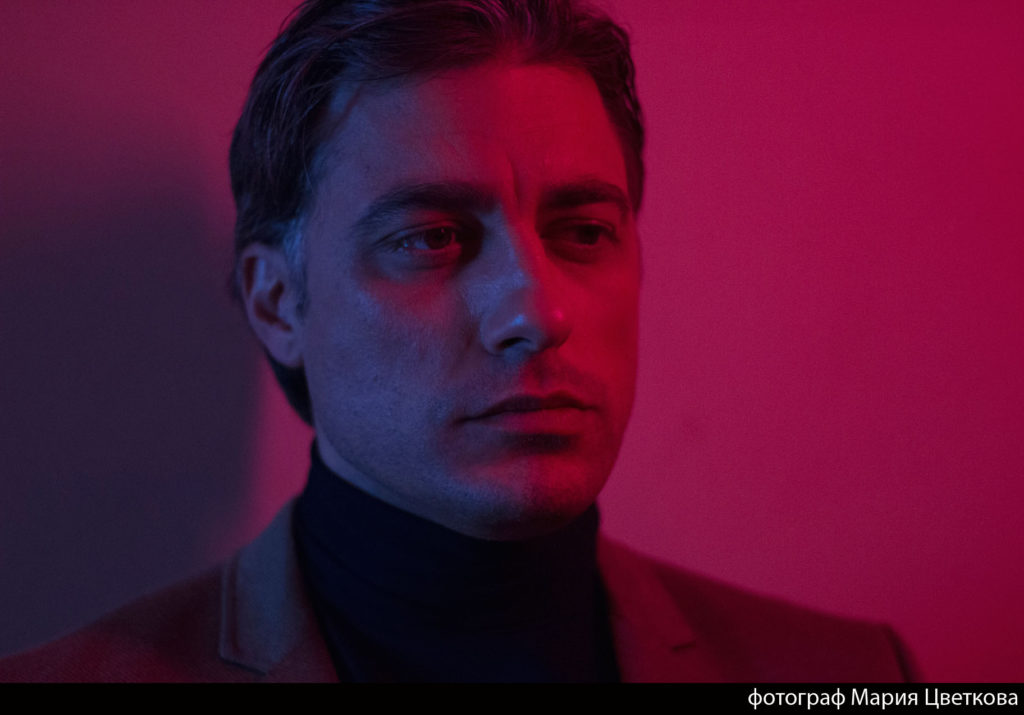 Then I realized and appreciated a certain fact – every time I come upon such stages, Someone sends in my direction lots of work, positive emotions and interesting challenges. And then (the second half of 2017) good things started happening. I was invited to participate in, I can boldly say, the most interesting and challenging theatrical and television projects. I went to the Rhodope Mountains for two months – for the filming of the criminal series “The Devil’s Throat”. Its premiere is coming on Nova TV. These two months have cut me off from my everyday life, I buried myself in the intriguing story of the series and in playing my character. I rediscovered the beauty of the Rhodope Mountains. This was vital to me this year. Of rational mind, I made sense of the things and calmly accepted what was happening, as it is. I found new people, spending time with whom was interesting and fun.

After filming the series, I began complex rehearsals in the National Theater with the “Delhi Dance”. The text of the play is exceptional and I gradually began to discover its messages one after another. My character says, “Inside you, you have to allow everything, around you and everywhere, to be as it is”. Just as in the Rhodope Mountains I reconciled with everything as it is. I found other things in the Viripaev’s text as well, which centered me, calmed me down and charged me for the second half of my life. Then many more project offers came for 2018. Now I’m in a dilemma what to choose and what will be the most interesting for me. Also, I know now what exactly I want to do and with whom. I know how I want to develop.

After such difficult periods the others come – calm and harmonious. But thanks to the hard moments you draw a balance-sheet and learn the lessons. Searching (for yourself) and changing (yourself). And every change is important.

I decided to live for the moment. I don’t want to save, to make plans for the distant future, to calculate and hope. I want to do what I want here and now, to have what I want now and to work whatever I wish now. Because life is short. And because we are the creators of our lives. And I want mine to be such.