About cakes and brothers 17 December 2017 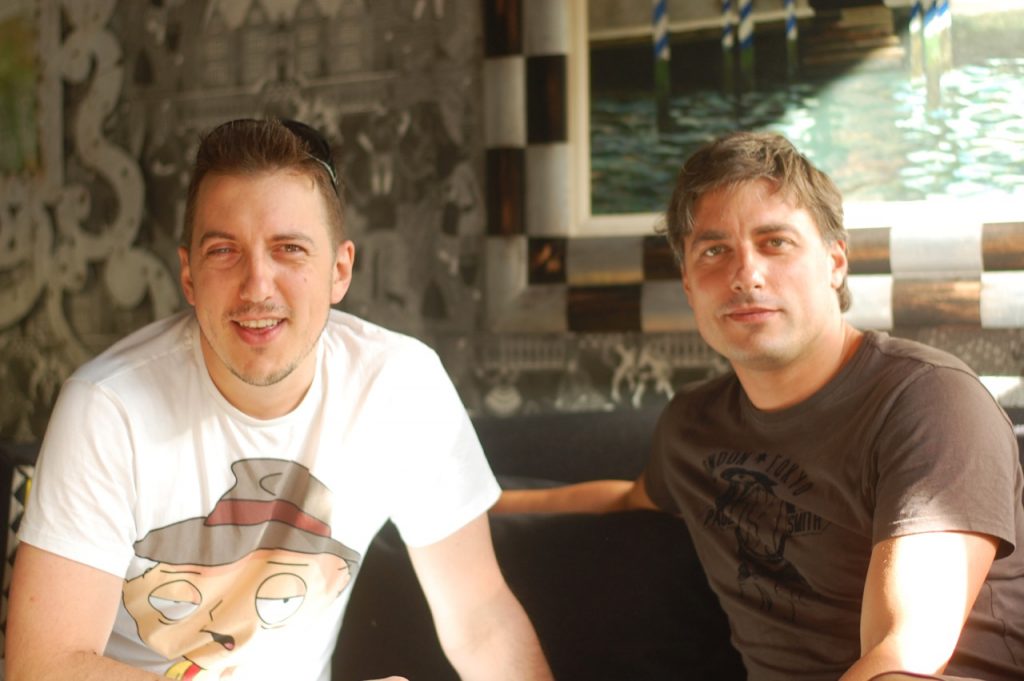 I graduated the Culinary School in Sofia, just to get my secondary education degree there. My brother Ivan graduated the same school but to follow his dream to become a pastry chef.

I studied in Culinary School because there was nowhere else to go. I failed the math examinations after 7th and 8th grade so I had to apply to a school only with my diploma ratings. At that time I was already very keen on the idea of becoming an actor and worked hard for it. But I had to get my secondary education degree first in order to “nail” NATFA.

My brother, two years older than me, was already studying in the Culinary School, majoring “Pastry”. A-a-and… he was a star. He even made a cake for the Council of Ministers. All teachers liked him and were happy for his talent. I was the plain brother of the star, admitted only with diploma ratings, and without a drop of (culinary) talent. Teachers didn’t fail me and gave me Ds only because of my brother. And when we had practical cooking lessons, I always went for the “labourer” work – peeling potatoes, washing dishes, etc., and never participated in the actual cooking. Through the middle of the education in the Culinary School we had to choose a major. I chose “Pastry”. And I became a pastry chef, but… only on paper. The professional practice examination took place in one of the big hotels in Sofia. I had to make a chocolate Swiss roll and a “Garash” cake. I felt sick. I thought to myself – “Goodbye NATFA”. I was already seeing the picture of how a damn chocolate Swiss roll and some cake will trip me on my way to becoming an actor. And then the chief pastry chef secretly asked me if I can make those things. I admitted I couldn’t and that I wanted to become an actor. And now my dream was threatened. She said “Pretend you’re stirring something here and I will help you”. This lovely woman made the chocolate Swiss roll and the cake and took (for me) the examination with an excellent mark. So I passed with an A. Years later I decided to make a cake at home, to surprise everyone, but the so-called cake of mine was running down the fridge. We had to gather it from the top to the bottom fridge shelf in order to try it, and with spoons. I never dared to try again. Till today. 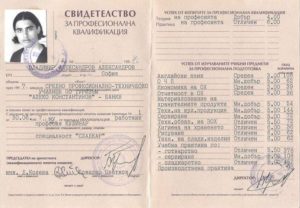 My brother was a different story. He wanted to be a pastry chef. After graduation he tried to open his own bakery but it was hard. He worked for a few years as a pastry chef in all big bakeries and hotels. But Ivan wanted to develop and it was hard to do it in Bulgaria. He abandoned his dream and got another job. So the pastry dream got buried in a dark closet for a long time. Some 5 years ago on the spur of the moment he decided to leave Bulgaria and move to England with his family and newborn baby. In London the art of pastry left the dark closet and entered the agenda again. Ivan said the professional level there is very high. But I also saw that his dream was revived and he strived for it again. First he worked for agencies in different hotels, to get experienced and updated with the new trends and preferences. Then he moved to several bakeries, worked for private clients as well. Finally he became Chef de Partie Pastry in the 5 star Haymarket Hotel, one of the top 5 best hotels in London. Besides this responsible job, he also makes pastry works of art in his private bakery “Boutique Cookie’s Cakes”.

I’m not writing all this to brag about him, but because he is really good in what he does and a classic example of how having a dream and working hard for it sooner or later leads to achieving it. So our family has a pastry professional now. I got only the “role” of admirer of the sweet pastries of my big brother. His works of art are extremely tasty and that’s why I share with you my list of top 5 of my big brother’s own recipes. I asked him for the recipes. I already made one and it turned out ok.

You try them too and if you like them I’ll ask him for more recipes.