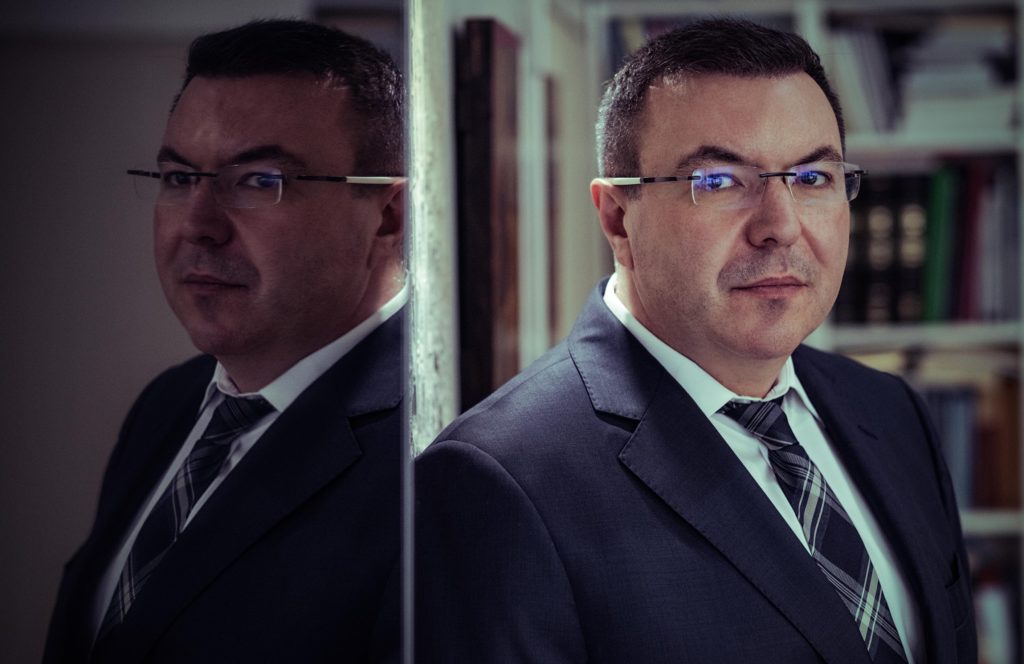 I met Dr.Kostadin Angelov during the first Survivor in 2007, filmed on Samana Island in the Dominican Republic. I associate this reality format with several people and Kosta is one of them. He was a kind of an emblem of our team. A very dear man with whom we all felt good and safe. For him there are hardly any problems, almost always “everyone pretends or simulates” and “everything is top”. In many cases, he used these words to fool us not to worry unnecessarily. There was only one moment when I saw him worried and that’s why I remembered it. He has a great sense of humour, he is a slight cynic, and terribly funny. We had a lot of fun in everything, even in grumbling that the sun is too hot, that we are sunburned, that we want lutenitsa, that we are tired of the food they cook for us. When we started to discuss some incident or someone’s health state, he quickly ended the subject, or said a joke, which made everyone calm down and talk about something else. He walked with a huge 50-pound bag full of medications and first aid instruments. He looked like the old men on the beach with the mobile stalls. For the participants he was the most anticipated person, most desired and most loved one. Every day before the first game, Kosta examined them. If you could just hear what was happening then! One after the other, they were complaining to him. Someone was bitten by something, another had rashes, third had liver pains. He was like a Christmas surprise for them, because he was giving them the dreamed protein. In order not to die of hunger, they were each given this magical drink and a banana. To this day, when I hear protein, I think of Kosta, who was like a hen giving his ragged chicken a protein shake. In the last season, since years had passed and things had developed, he was giving them protein wafers. I will admit this protein was an appetizing delicacy for the whole team too, because we had local dishes and rice to absolute dullness. Since I was well connected, I walked off with whole packs of wafers, he gave them to me under the table, and I was secretly eating them. Everyone listened to Kosta about everything – food, safety, how to reduce risks, and so on. To feel comfortable and fresh (we were filming 10-12 hours a day), Kosta cared for me by preparing a cooler bag with a special tonic menu –energy drink, fruits, sandwiches, water, protein, and sometimes chocolate. On top of it he put a sticker HOST. He followed the game and was excited. Sometimes he scolded the participants because he had the right to talk to them. 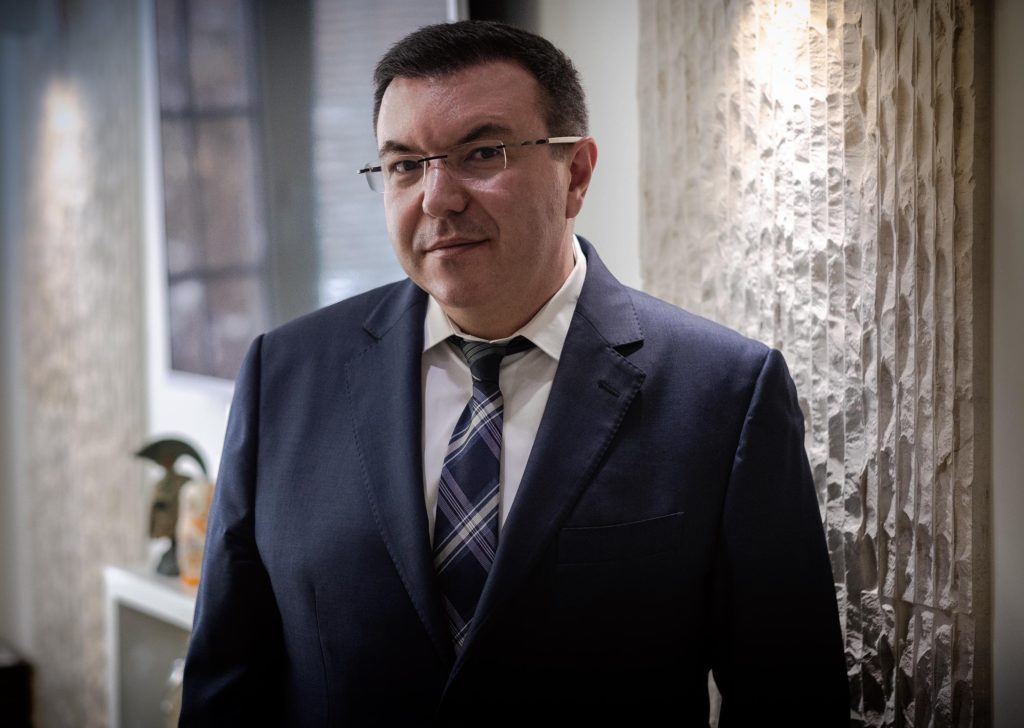 Because of climate conditions, in Panama I had a toothache. A tooth that was killed and generally could not give me aches. Yes, but it did. And extremely a lot. Kosta walked around me, giving me a strong medication, and again not showing that there was a problem. Yes, I knew we were a long way from civilization, but I was hoping it would pass. It did not. Kosta kept his composure, and I did not sense any concern from him, not once. Even sometimes, when I wanted more of the strong medication, he was calling me a grumbler and not giving it to me. I really felt like this and I was falling silent. I had pains but I kept silent. A week later it passed, but I had gone through hell. Only after that I realised that behind my back Kosta had secretly organised a crisis plan – a helicopter coming and taking me to a clinic in Panama City. I also realised that he was shouting at me because these painkillers could only be taken three times a day. In this way he was mobilizing me and deviated my desire for medication. On top of that, he was very concerned because I had had all the symptoms of swelling which would end the filming process.He told me this quite after the incident. Again in Panama, a serious incident happened with goalkeeper Zdravko Zdravkov. During a game in the ocean, he swallowed water. While standing up everything was ok, but when he was laying down, he started suffocating. In fact, he had drowned and his lungs were filled with water. Then – evacuation, helicopters, hospitals. Everything on the edge. Kosta was at the centre of events. Everything happened at night. I got up in the morning, went to make a coffee and saw our doctor with a radio in his hand. Worried. This was the time when I saw him worried. I asked him what was going on, and he did not want to say, but under pressure from me, he told me. And then I got really worried. Very much. If Kosta was worried, what’s left for me. I realised that there must have been many similar incidents when he could have panicked us, but he had always protected us. Zdravko got well and everything was fine. The incident was really serious and if it were not for Kosta and his composure, maybe the events would have developed differently.

Whenever it is about people’s health, he is uncompromising. He does not make concessions and then you can see the other person in him– the boss. I did not suspect then that he would rise up and manage one of our largest hospitals –Alexandrovska. They like him because he treats people well. He was elected to Executive Medical Director by the hospital staff, not by governments and politicians. This undoubtedly shows what kind of person he is. Now he has a large office, with many cards and gifts from happy patients. Somewhere there is also this photo of us. As a memory of our best times together. 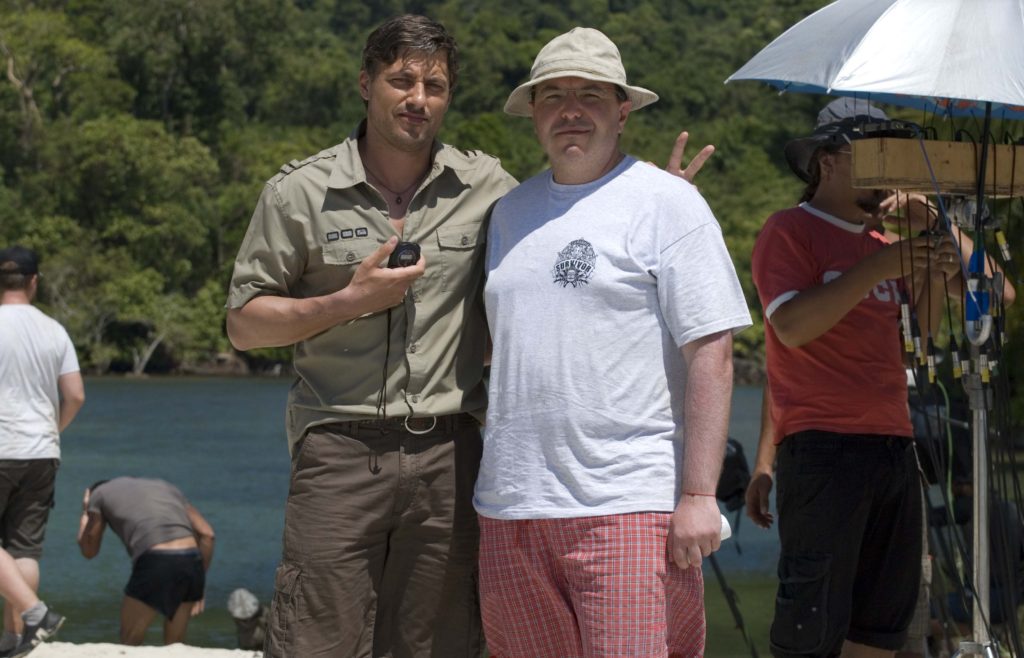 I had never doubted him because he was constantly telling me that he was studying something, defending something, Ph. D. theses, stuff like that, he was teaching ever since a very young doctor. It is hard to believe all this happens within 24 hours and one lifetime. Well, it is possible, everything is possible if you want it. The most amazing thing is that he is just a little older than me. Compared with him I am a sluggard – really. Some people let their years pass by without taking advantage of them, while others manage to ride them and take the most of every second. These are the people who achieve the great things and rise up to the top. That is why there are successful people and failed people. Dr. Kostadin Angelov is one of the worthy successful and succeeding people in Bulgaria. Teacher, surgeon, medical director, associate professor, husband…

When we were in Cambodia, in the middle of the filming he had to return to Bulgaria for a while. He was already in charge of the hospital. He asked me if I wanted something that he should bring me. I told him I wanted nothing. When he came back, he brought me cheese and lutenitsa. I was so happy, I ate them with a huge appetite. I did not share with anyone. After the disgusting Cambodian dishes, this was the best food in the world. The valuable thing was not just the food but also the gesture that he brought me something from home. I have no idea how he was holding that jar and that cheese lump all the 12 000 km. He was forcing the local chefs to prepare human food for us, not flooding us with their traditional food. He was explaining that we want the chicken to be headless and legless. Finally, they seemed to have heard him. 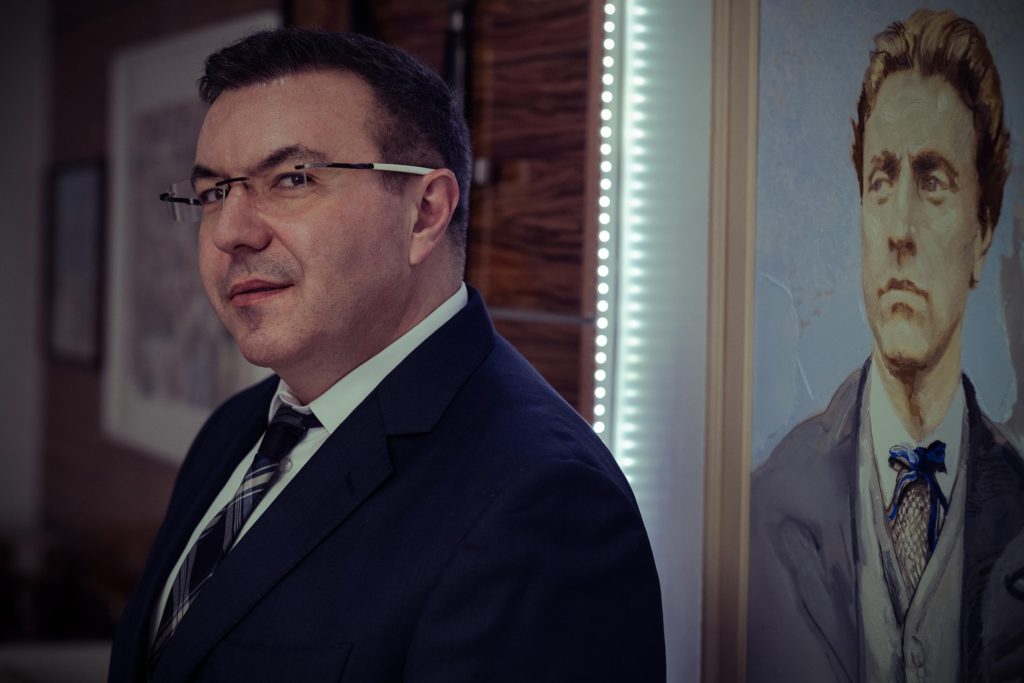 I have a fear of diseases and death. A real fear. A year ago, bad things happened to relatives of mine and I lost my sleep for months. Once, I decided to call him so he would comfort me. I knew he would do it. He has always done it. I do not remember what exactly we talked about, but it calmed me. I have always told him that if anything happens to me, I want to be in his hands. Many times I have given him a headache with it. If I crash with the bike, how he will know – I will put his phone number on a neck pendant. He is an abdominal surgeon and he will personally do the surgery, but if it is my head– what do we do. I have drawn such schemes with him. But it is really so. If someday something happens to me, Kosta will take care of me. Even if I am dying, I know that he will make me laugh few times, comfort me and I will take things easier. He will make it even in a way that I will not know I am dying. He will fool me with something, distract me, and in jokes and humour, I will die. That is how I imagine it. He has helped me terribly many times. And I take him to a theatre. And when I visit him in the office I eat from the tons of candy there. It is again a connection provided by life. I did not look for it, I did not wait for it. It just came. It is exactly for such “facts of fate” that I should appreciate my life. Because it has met me with people like Kostadin Angelov. 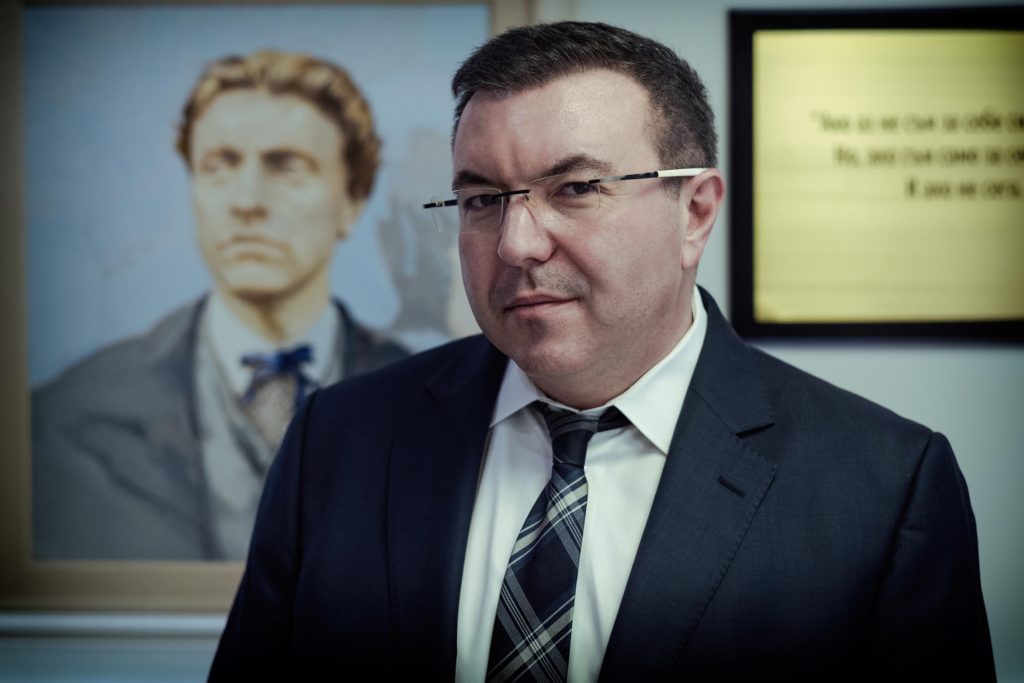