At the end of December 2017 I started my website and among the first emails in my “office” mail was a letter from a girl. There were … questions in it. I was very impressed because these questions (in her opinion) would not be asked by the Bulgarian media. According to her, in recent years journalists’ questions are all the same, many of the publications quote posts from social networks, there are very few or almost none of the topics about theatre, professional excitement, creative pursuits.

I decided to answer Katerina  in my blog. Here are her questions and my answers…

“Acting is a devilish profession”, an actress once said in an interview. Now and then I remember this sentence and I ponder and wonder…

What do you think about this statement? Is it possible for an actor, while playing an extremely negative role, for example the devil himself, or even worse character, for a moment or even outside the set to perceive traits and behaviours inherent in that character, which negatively affect his life or the people around him? Can he be lost in the character? Can he forget himself? Have you ever experienced to enter a character and not be able to get out? Do you realize it? Have the people around you felt it? And, actually, are all the actors so much going into the role so they fall into such a state? How long do you need to get out of a character?

I don’t know if I will disappoint you with this answer, but the things you are talking about are slightly exaggerated. I have never experienced such falling into the character so I lose myself and my identity disappears. Such things don’t happen in the acting profession. If someone tells you that it’s happened to him, know that he just wants to show off. The mechanism of this profession is different from what you are talking about. It’s still acting, but to make it real you rather explore and try to “reach” your feelings and experiences. Mostly, you draw experience and emotions from your personal life and experience. When you have to play an extreme character that is far from you, for example a beggar or a gipsy, you start to observe such people and try to remember the way they move or talk. This approach is the so-called “inside out”. You observe external features and behaviours, and then you upgrade them with your emotions. When you start building a character, first is the playtext and the circumstances of your character. The character builds up as you follow certain tasks set by the director during the rehearsals. There are many elements in the building of a character – stage-setting, pre-existing circumstances of the character, conflicts, etc. Everything is mathematics and the skill is to make it a living, real and plausible thing. For example, when you have to cry at a certain moment, you look for something similar in your life experience, which you impose on the circumstances and in the particular scene you build a mechanism for this to happen always or almost always. After a performance, no matter how hard the character is, I don’t need a special time to get out of it. I’m not a schizophrenic, and my mind doesn’t allow me to believe I’m someone else. If this happens, I will rather worry because it will be a sign that I’m just going crazy and I’ll probably seek professional help. Still, this is a great profession, and very enjoyable. When I play something deeply dramatic, if I have reached these depths, after the performance I will be rather happy, positive, satisfied, not gloomy, stupor werewolf who needs a defibrillator to be brought back to this world. Well, this is my profession and I have to play every day. It’s not possible every day to go to the netherworld and come back. Things are much more positive and bright. As far as the actress’s statement about the devilish profession, I think she means that the profession is strange, not easy. In it you dig into all emotions, use all the feelings and show them on display. The actor himself is on display. Everything we do is commented, discussed, not always in a positive light. Often there are malignant gossips, bad reviews. Sooner or later it reaches us and it’s not very pleasant. The actors are quite sensitive beings, with rather different emotions about what’s happening around them. And here comes the most important quality that the actor builds – his character. The actor’s character must really be strong enough and resilient to survive in this profession.

Doesn’t playing mostly negative or only depressing/sad or only dramatic roles have an impact on the subconsciousness and the character of the person behind the actor? Aren’t you, the actors, depressed by all this unhappiness that you play?!? (reference to my post about the “Delhi Dance” play) How does acting influence the life of the person behind the actor? Is this discussed at all in the actors’ circles? Do the actors realize that any role can affect them badly, harm their health? Do you, the actors, say “Lately you have many sad performances, switch to something more cheerful or you’ll get very depressed”. How do you personally handle that? Do you have any technique you are doing, which brings you back to reality? Isn’t all this hard? How do you deal with the tension?

This question is probably provoked by my Facebook post, where I tell how we cry in the play and we can’t really tell our brains it’s just a role. Yes, indeed, when you have to play dramatic roles and have to cry, after that the feeling is just like if you’ve really cried. But this doesn’t depress you, you don’t become unhappy. The feeling is rather of satisfaction. For a number of reasons, such things don’t happen often on the stage. There are actors who just can’t do it, others preserve themselves by only marking these emotions or playing them technically so they don’t wear out. It’s a matter of personal choice what your presence on the stage will be and how far you’ll go with the role. I’ve made my decision, and I have promised myself never to mark and not to “get off light”. No matter if I have energy for this or if I’m sick or have personal troubles. This is a personal responsibility to both the scene and the viewers. I’m responsible to the audience. Because, as my teachers were saying, there is always a person in the hall who comes to the theatre for the first time. And we have to fight for this viewer. He will either love the theatre, or never step into it again. I fight for this person and I don’t want to disappoint him/her. And I draw conclusions from myself as a viewer. When I go to theatre, I’m thrilled and cross fingers to admire the actors’ transformation. Going to the theatre is a special night for me too. And I’m very uncomfortable when I get disappointed by an actor or a performance. If I myself have achieved something deep in the role and a colleague has watched me, he/she will rather congratulate me for the job well done, and not come and cry with me. This is just a job well done. I apologize if things may look a bit casual, but they are such. I hope I don’t disappoint you, because I feel your views about this profession are a bit extreme. Maybe you think we’re some kind of aliens. We are just ordinary people.

My last role in “Delhi Dance” is rather dramatic. But, to be honest, I choose my roles as to whether I can do anything different from the things I’ve done so far. Sometimes the role is a comedy, sometimes drama. When you’ve played a role in a certain genre, you want the next one to be different. Sometimes there are several dramatic roles. But I won’t become unhappy and depressed person because of it. And when you cry on stage, somehow you feel easy on the soul, just as in life. More often we cry in character than in life. And I use crying on the stage as a “refreshing therapy”. 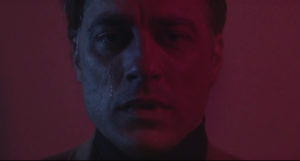 About “The Tree of Life” – a unique series!!! And you played an incredible role – till the middle of the second season I was convinced Panto was really a monk! I don’t know if the viewer had to guess that you were not a real monk right from the beginning, but I in all trust believed that he was really repenting. Unique transformation of the character. Will there be a third season about the Vulchevs generation on the next books of Vladimir Zarev’s series?

I can talk a lot about “The Tree of Life”. A few days ago I wrote a text about my first memories. I’m glad to have misled you in the second season. It makes me think I’ve done my job well. I don’t know about a third season. Viewers are not aware of many things. This series is very expensive and the market in Bulgaria is small. When the series was filmed, there were favourable conditions for its realization. If there is a third season, I will be extremely happy and will share the news immediately.

When is the premiere of “Devil’s Throat”? Why nobody talks about it?

I can’t answer this question, but I, too, often ask myself this. I think the Nova TV hasn’t decided yet when it will air it. At present, the series is in post-production, which takes a lot of time. Evtim Miloshev recently told me that they are mastering and working on the series very thoroughly so the broadcasted episodes will be really impressive. I can boldly say that “Devil’s Throat” will be one of the most valuable Bulgarian series.

Would you risk playing a real historical person from the Bulgarian history in a movie? If yes, which person would you play? Why?

Of course I would. I really want to play the character of Hristo Botev. I think I carry something of his character. If it happens, it won’t be a risk but a big task for me…

My favourite roles are Ivan in “Art”, Panto Vulchev in “The Tree of Life”, Philip Chanov in “Devil’s Throat” and maybe Alain Reille in “God of Carnage”. Because I’ve experienced the greatest satisfaction of them as an actor and I think I’ve achieved the things I’ve set myself as goals. And together with the very processes of realization, there have been events for which these roles are valuable to me. All the stages, teams and processes around creating a play or a movie contribute to whether you will remember it with good or bad. This is also an important prerequisite for considering the roles as favourites. 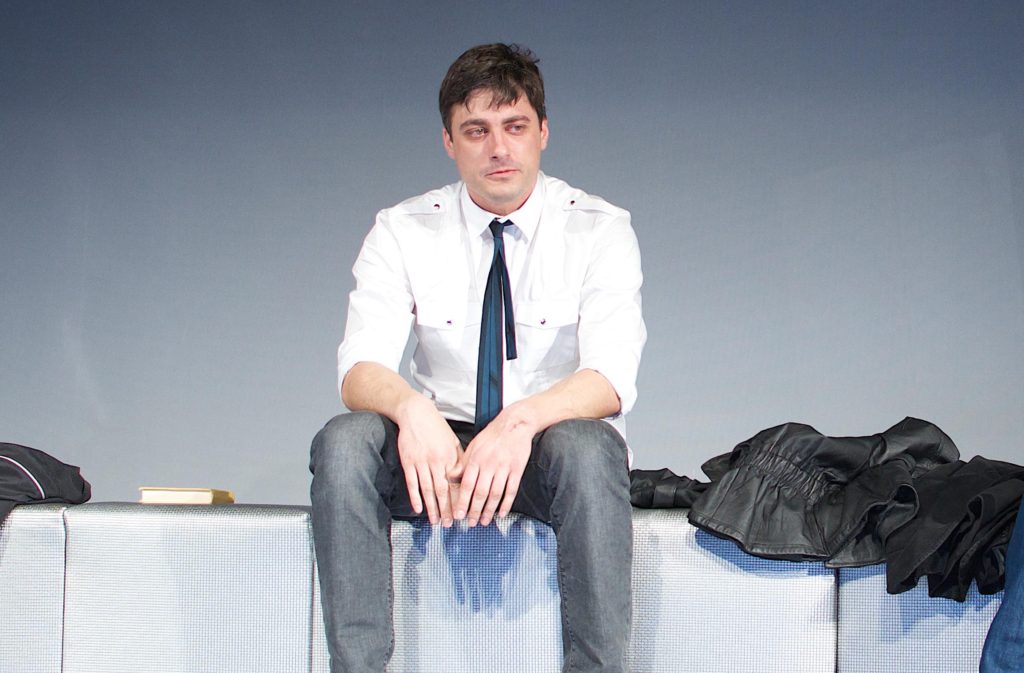 Thanks for the questions. I hope I didn’t disappoint you with the answers. It was nice. Keep being such a keen fan of the art. And I wish you very soon to come to Sofia to see a play in the theatre.