After the comments in social media following the posting of my story “How I Became an Actor”, I thought that the story actually continues. The second part is maybe even more interesting than the first one. Here is the continuation, though I have already shared it partly in different interviews.

The first part had a happy end that I got enrolled in the children theatrical school. There I started my first steps as an actor. Boncho Urumov was laying the foundations of acting, but mostly he educated a taste in us – something extremely important for people involved in art. We worked on texts by Shakespeare, Chekhov, he introduced us to the Russian classics, he helped us discover the Bulgarian authors in a way that we started loving them. Everything was times more interesting than literature classes at school, even without compare. I did not like literature, I even hated it, especially writing essays. I always cheated and I could never understand what was asked from me. I remember that Boncho stirred my enthusiasm for Yovkov. “C’mon, my boy, read this story, pay attention to this and this, and next Saturday you will tell me what you think”. And that’s how it happened with many stories, plays and poems. He did not make us like them, he just directed us and we built a taste ourselves. I really liked Yovkov. There was something reminding me of my grandparents. He knew I liked him and he chose for me to apply to NATFA with the dramatic monologue of Ivan Senebirski from “Albena”. The years in the children school of Boncho Urumov were very valuable. That is why I get mad when I understand that some actor has a school and teaches children. And when I know what an actor he is and that he will rather confuse the children in their most important years of building taste and goals, it really hurts me.

Everything was going well in the Culinary School. On my state exam, I had to make a chocolate roll. I had no idea how to make it, so I asked the pastry-cook ladies. I smiled at them and they said there is no way for them to refuse to help such a pretty boy. My diploma got “pastry art – excellent 6”. But there were still problems. I was left to school-leaving exam on literature. It was a huge problem, because if I did not pass this examination, I would not get a diploma and I could not apply to university. I would miss the class of Todor Kolev and Krikor Azaryan, and as an extra bonus, I would go to the army for a year and a half. Quite many troubles were waiting for me in the other alternative. Such troubles, that just thinking about them could make me cry. I started preparing cheat sheets. I think I was insured with theses for different literary works, from different authors. I did a research on the drawn topics from previous years, on their cyclic recurrence, and everything showed that this year was Hristo Botev’s turn. The Judgement Day came, I did not sleep, and I clearly remember everything before the exam, the night and the very day. I felt like at the slaughter. The worst thing was that I had to rely on myself. If I failed, it would be only my fault. I got off the Moskvitch, with which my father drove me to Bankya, I was wearing short trousers and my thighs were all covered in huge number of glued cheat sheets. Narrow long sheets of paper, as narrow as the little finger, rolled with a pencil, and glued in the upper end. My legs looked like a well-curled head with many curls. I had made them so they would be many and easy to use. I knew exactly where each thesis was in the sea of cheat sheets. If a topic that I had was drawn, I would just uncover my thigh and unroll the long cheat sheet, and copy the text. I risked a lot because if someone lifted my short trousers just an inch, the truth would shine and I would get caught and punished with immediate fail of the exam. But I had no other choice. I entered the exam room, I sat at the school desk, and the time to announce the topic came. So – Yovkov and his works. Horror, I had no such topic in my cheat sheets. I had nothing by Yovkov. I secretly cried a little, I said goodbye to NATFA, and I imagined the army oath. I was not meant for this, to march and kiss a flag. In a total despair, it flashed to me that I have read his stories, which Boncho had recommended, which we talked about and which I liked a lot. So far so good, but how do you write a thesis? I told myself that I would just write what had excited me in the story, in the works of Yovkov and the conversations with my teacher. I carefully unglued the cheat sheets from my legs, I did not need them, I pressed them into a ball and threw them to the corner of the room. Then I calmed down and started to write. Believe me, nothing is coincidence in life. I left the exam with mixed feelings. I wrote a lot and I hoped for a pass, at least because of all the pages filled.

After a week, I met my literature teacher in the corridor. He directly asked me, “Did you cheat on the school-leaving exam?”. I decided to tell him the truth and complained to him. At the end, I asked for a pass on the exam. I asked him with all my heart. He smiled. The day of the results came. While I write this, I am really excited, after so many years. I went to the score board and started checking the list of the failed people. Thank God, I was not there. I calmly moved to the passed with minimum, and I was sure I would see myself there. I did not find myself there either. I shyly looked up and saw my name first on the list, and against it – the only excellent score. I dropped down and cried. I realized many things, about education, big individuals in life, ambition and true desire, success, and the road I had before me. I will admit, I became a star in the Culinary School. This was the only excellent score on school-leaving exam since many years. My brother was a star with his talent in the pastry art, and I – because of the text I wrote.

Maybe after this difficulty and these nerves, from now on everything would happen easy. But it was not easy. 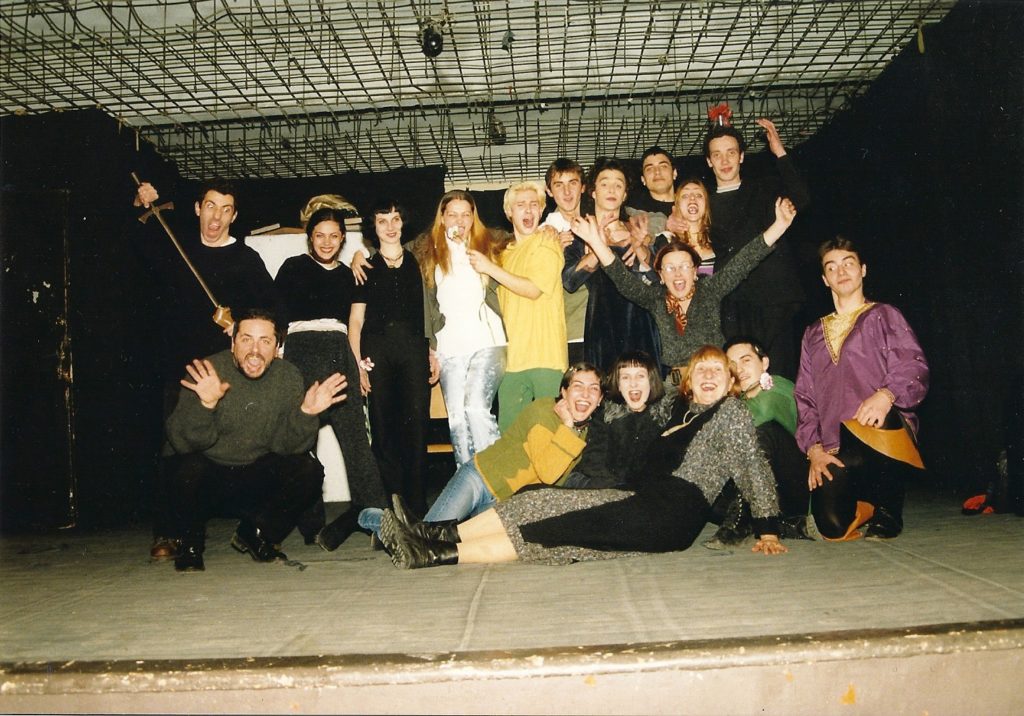 Now that I finished this text, I think it is the most important one for me. We forget our own achievements. I have forgotten this story and I keep thinking that years pass by and I have not achieved anything. Now I see that I have achieved something, maybe little and not significant, but I have achieved my dream from youth. For a person in this universe it might be not so little after all. It would be very good, if this story serves as an example for the young people. To show them that nothing good comes easy, that behind every success there are many peripetias and work, which remain hidden. In the next months, I will present five people who have achieved a lot in what they do. I will tell their stories, and I hope that more people will read them, people who have lost their hope and who think that big things happen only to the chosen ones. Actually, we are all chosen ones, just that some are fighting and not giving up until they succeed, and others despair and stop.

Dream, work and do not give up…