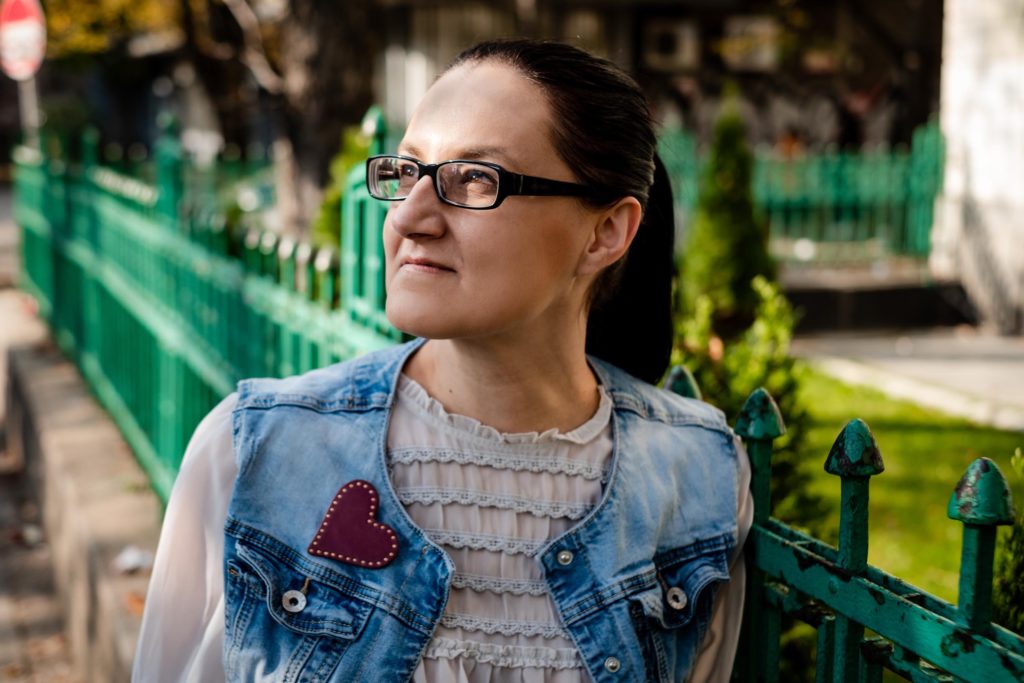 I will introduce to you a person whom you cannot know. But, she is important to me and I think it will be interesting for you. I met her years ago and since then we have been making many projects, helping and supporting each other. Her name is Maria.

I met her accidentally in 2013 at a store. At that time, she was an advertising manager of a big sports chain. I turned up there because they were partners to Survivor Cambodia and they had to dress me for the show. She saw me, gave me shoes, trousers and everything else for the reality show, and as I was leaving she told me she had written to me I cannot remember where, about an initiative she was doing, but I had not answered her. Turned out she had written to a fake account and therefore she did not get an answer. The initiative was called “Theatres Night”. She wanted to invite me as an ambassador. I gave her my email. She immediately wrote me with the “duties” of a future ambassador. What I had to do seemed terribly much, but I agreed in the name of the theatre. I told myself that I would do one or two things tops out of this girl’s requests. I came back from Cambodia and I was flooded with emails. Interview – there, photos – elsewhere, writing texts for cards, short interviews… and more, and more. I have no time to turn around, she occupies me with an event that is in November and now is April. She pursued her goal without fatigue. If I have said “yes”, then I will play on her tune.

At that time, “Three Bears Entertainment” production company already existed. We already had a theatrical production and we were preparing a new one. Tours, negotiations, accounting – everything was on me. On a simple actor who could not understand these things. It was clear that we had to find a person who is one of us and help us with the work. Yes, but who would be this person? None of us had any suggestions. We remained without a person.

Along with my problems, duties, photos, performances and life, Theatres Night was moving on. From time to time, she demanded things with a slightly commanding tone. Little by little, I began to consider the scale of this initiative. For one day, in Bulgaria, 24 hours in a row, theatrical productions are performed, coordinated by two girls – Maria and Katherina. The ambassadors are actors who are lazy, forgetful, unreliable – you have to constantly remind them, push them. On the other hand are all the theatres with the heavy administration, responding to an email in a week, not picking up their phones, and so on. Organizing a huge advertising campaign with videos, photos, PR materials, televisions, media… And all this fuss for one day with theatre. Yes, it is good to talk about theatre, in fact, what better than that, but all this work – for me it is not worth it. I asked her once how many people were doing all this – I realized it was she and Katya, and Stefan. Besides, she has a job outside the theatre that fills almost all her time. So, it turns out that this initiative, which for me is huge and should be organised by at least 15 people, she is doing with two more people, and in her free time. I was shocked! And I cannot organise two tours.

October 2014 came, and Theatres Night was approaching. I remember an interview on Darik radio (on the afternoon set), which was the decisive moment. We met at the radio and, before the show began, she told me in a slightly tough tone, if I could be so kind to not talk about myself, the bikes and the gossips around me, but about Theatres Night – only about that. I told her it does not depend on me and 100% they will ask me about personal things that are more interesting than the Night. I went into the studio slightly sour at her, but I was glad that the second question would certainly be personal and I would prove to her that it would not be her way. What happened? Not one question about me, not a minute spent on anything but Theatres Night. I was stunned. She had really done it. I began to think. Such an organised person, so dedicated to a cause, able to organise everything in a brilliant way, to do so much and things to get done.

A few days later, we left to Varna. In the car, I opened the topic about Maria to the “Three Bears” co-owners, and I said I was convinced she was our person. They asked me if I was sure, I said “yes”. We came back and I invited her to become the fourth bear in our company. She thought about it and accepted. At that time, she left the big sports chain and joined the team of the well-known and talented advertising agency The Smarts. Since then, we have been with Maria like Pizho and Penda. We constantly do something, constantly invent, move and realise projects.

During the five years of “Three Bears”, she was not only an assistant but also an adviser about everything. She has always told me what she thought, whether I would like it or not. She knows everything about us, she is our arbiter, vent, confessor – everything. We created advertising strategies, realised them, met with many companies, worked with them, we made a tour unprecedented by its scale, we made theatrical productions. And just the four of us – Maria, Julian, Zachary and I. Our ideas were large and we made them precisely in the scale we thought them. I was doing just this and it was difficult, while she was doing a hundred more things in The Smarts. When did she succeed – I do not know. We were dealing with printing houses, sites, theatres, companies, designers. I learned a lot from her.

Nowadays we often call each other and invent future projects. She knows everything I do, always gives an opinion. I have assigned her with everything I write for the site – she reads it in advance, edits it and gives me an opinion. I also try to help her in her work, in the Theatres Night, which has really reached heights and great popularity. I cannot help her as much as she helps me, but I do not have her capacity.

Maria is a very valuable person. She is very kind and good – a true human. She will go to great lengths to help, to relieve you, even if it costs her a sleepless night. She does not understand well the world we live in, she is saddened by the human spite.

Many times I have complained to her about my sites not being ready, about the difficulties in the profession, the gossips I have around me, about everything that overcomes me. She listens and tries to comfort me. Perhaps she succeeds. She also shares when people have been bad to her, but in those cases I get more angry than her.

Currently, Maria is one of the engines of the mega initiative Theatres Night. She helps many artists. She works in The Smarts. She works also with Shoot – the production company of The Smarts. She is in love with Plovdiv, and she can kill you if you insult the “most European city”. Everything about Plovdiv is great and unique. As I write this text, I also chat with her on Viber about some text for the Night. See the chat that, I realise, shows very much of our relationship.

Maria: See what Theo Lozanov wrote about the Night for the booklet:

Theatres Night is a new love – unexpected, strange and full of surprises. Love that I know and love more with each passing day (or rather night, because much of the illustrations we worked on were born exactly at night). Love that is not afraid to take in new and unfamiliar directions and trust me unreservedly. The Night is exactly what I needed right now – warm, dreamy and free.

Vlado: Maria you are such a womanly person, you want nice, warm words

Maria: LOL, well, what else would I be? How does this sound? Be careful what you say When Theatres Night conquers the city (six years already, every autumn), I see in people’s eyes love… for the art! Art is Love. Love is Art. The Night is Love! Pure and sincere form of communication between related souls. “Love is long-waiting, full of kindness, love does not envy, love is not exalted, not proud, not outrageous, it does not look for its own, it is not angry, does not think evil”. That is why in the Night our souls are light and we feel like flying, we live the art and share it.

Vlado: Nooooooo, horrible things are said here. Somewhat unreal and bla-bla. Because no one talks like that about any kind of art, and this is just an initiative. You cannot talk about an event as a human relationship. This is an event!

Maria: Oh, you are very boring. This is a metaphor.

Vlado: Night is love, love is theatre, theatre is falling in love, first and last, like a hug and a kiss at the same time. It is not just an event, but an all-powerful, all-swallowing love, simultaneously experienced by thousands of people, sheltered in the arms of the Night.

Here is from me, thrown in seconds, the same stupidity.

Maria: You are a poetic soul, you are just pretending to be tough and bad. Here is how it will be:

When Theatres Night conquers the city (for six years already, every autumn), I see in people’s eyes love… for the art! Night is love, love is theatre! Theatre is falling in love – first and last, like a hug and a kiss together. Not just an event, but an all-powerful love, simultaneously experienced by thousands of people, sheltered in the arms of the night.

Vlado: You are crazy, I threw this just like that, just to prove you that it is bla-bla.

Maria: I listen to people’s words.