It’s a huge part of my character. I have always been obsessed with certain things, and until I get very good I don’t quit. Actually, these are my hobbies. They take up half of my life. I’ve collected everything. It was not just collecting but a passionate pursuit. It included crying, despair, lies and deceit, calculating and drawing up schemes for one purpose only – to add another element to my collection. I’ve had different obsessions over the years – I started with toys from chocolate eggs, then it was cigarette boxes, LEGO toys, mini cars, mini soldiers, and “smoothly” went to animals (guinea pigs, hamsters and FISH). 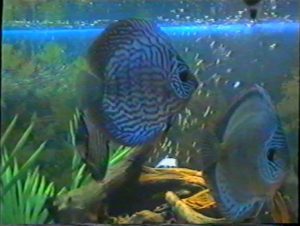 I turned the next age with the fish and that’s when things got terrible. I forgot the trifles and started to show a dash and scale. It started with an aquarium, then became three aquariums, then five, and finally, these five plus a half-pool aquarium that contained a ton of water. I enrolled in the aquaristics course at school to borrow some fish. I wanted to raise and breed the most fastidious and difficult fish, the Mercedes of the aquaristics – the Discus. Not for financial gain, but to show that I can conquer this difficult peak. With these fish there are many components that have to match: to make a couple they have to like each other, to like each other they have to live in a five-star apartment, and to make one was not simple at all. Eventually, I had 4 couples who laid eggs almost every week. This achievement happened exactly when I enrolled in NATFA. However, studying there required to cross out my previous life and to start a new one. You spend almost 12-14 hours every day in rehearsals and classes. I had to say goodbye to my aquariums. Because art prevailed. The day came when everything that has been created for years in the field of aquaristics has left my home. 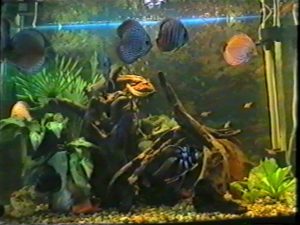 Now it was time for my next hobby, which I can boldly say to this day has remained somewhat of a hobby that I’m very happy with. My profession. I’ve spent a lot of time only with theatre. Those were difficult financial years – poor student days, but important for me and my career. Days of endless labour and pursuit of dreams.

5 years later came the next obsession – the travels. I started with a bank loan, which I returned for 2 years. The loan was used as intended – a trip to India, Pakistan and the UAE. It was a pleasure beyond description. After this trip I felt an incredible curiosity about the world, and this curiosity set off a series of unforgettable experiences in different parts of the world. For years I’ve worked for these trips. I can boldly say that they helped me widen my horizons, they arranged my priorities and taught me not to complain, because I saw there was a much worse life than ours. They made me dream large – not for a car or a house, but for big goals and a quest for a large-scale way of life. 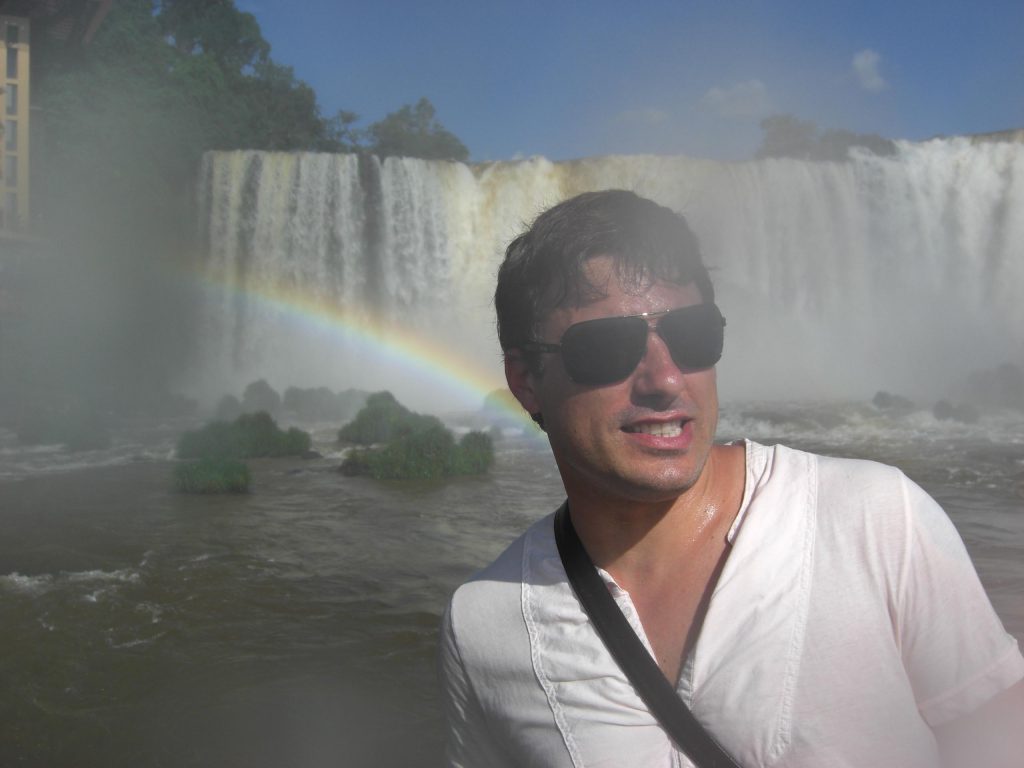 With these trips came the diving. At this stage of my life I liked to live on the edge and day by day. In my profession, I was quite burned with hopes for projects that were supposed to happen. I was getting over-enthusiastic, dreaming and planning, but the “sure” project suddenly failed, and I suffered a lot for the lost opportunities. So I learned not to put emotions into something that has not begun and to live for the moment, day by day. That’s how I got on the dangerous sports. And as it happened with my collection of chewing gum pictures, now I wanted to reach the top of the diving. I started with the development chart and the certificates started coming. Open Water Diver, Advanced Open Water Diver, Rescue Diver … I reached Dive Master, the highest level of non-professional diving. My biggest success was in Marseille. Something I will remember all my life, and an example of how one has to constantly prove himself. I’ve stayed in Marseille for a whole month, and I wanted to dive every day into their biggest diving centre. To do this, I had a recommendation from my diving friends from Bulgaria – Hristina and Rosen, who are professionals. They knew the owner of that diving centre. The French are nasty bastards. They recognize nothing but French. I have PADY certificates, but they don’t recognize PADY because they have their French system – CMAS. So my certificates and my level were not respected there – even though I had the highest one, for them I was a beginner. And if I had no recommendation, they would not let me dive. But because of the recommendation they decided to test me, which I didn’t know then. The big boss, an old sea lion, an extremely skilled diver, instructed two of his subordinates to dive with me and test me. Me and the two instructors left. We dived and they started with divers’ language to give me tasks to do. Naturally I knew everything. They tested all my skills. After 20 minutes, one of them waved showing me the depth. By then we were 18 meters. Few minutes after, we went down to 45 meters, and one of the most famous sunken ships in France, La Banon, appeared before my eyes. I was very happy because the meters themselves showed that I’ve passed the test. The next day, there were about 50 people in the diving centre. The groups were on the dashboard – 7-8 groups with 6-7 people in each. I didn’t see my name anywhere in these groups. Looking closely, I found my name in one corner – it was along with the name of the club’s owner. He walked past me and seeing that I was looking at the dashboard he winked at me. I asked him if I would dive with him, and he confirmed with a nod. The next 10 days I dived with him every day, just the two of us. VIP diving with all the beauties and secrets of this part of French Mediterranean. Those were unforgettable days and great recognition for me. I proved myself to this man and he decided to reward me. Then came diving in Jordan, the Seychelles, the Philippines, Greece …

At that time, in France, I decided to confront another sport that, as it turned out, I liked more than I hated. Motorcycles. I buried myself in my head and memories popped up, in which I was very angry at crazy bikers. But I realized that I’m not angry, I just envy them and that’s why I feel this way. When I got back from France, I bought a motorcycle. And as with diving, it started with everything from scratch – accidents, schools, levels, hours of riding and improving, litters of gas and sweat. After the first crazy years, when I did things I don’t want to remember, the wiser times came – I perfected my technique mainly on tracks. 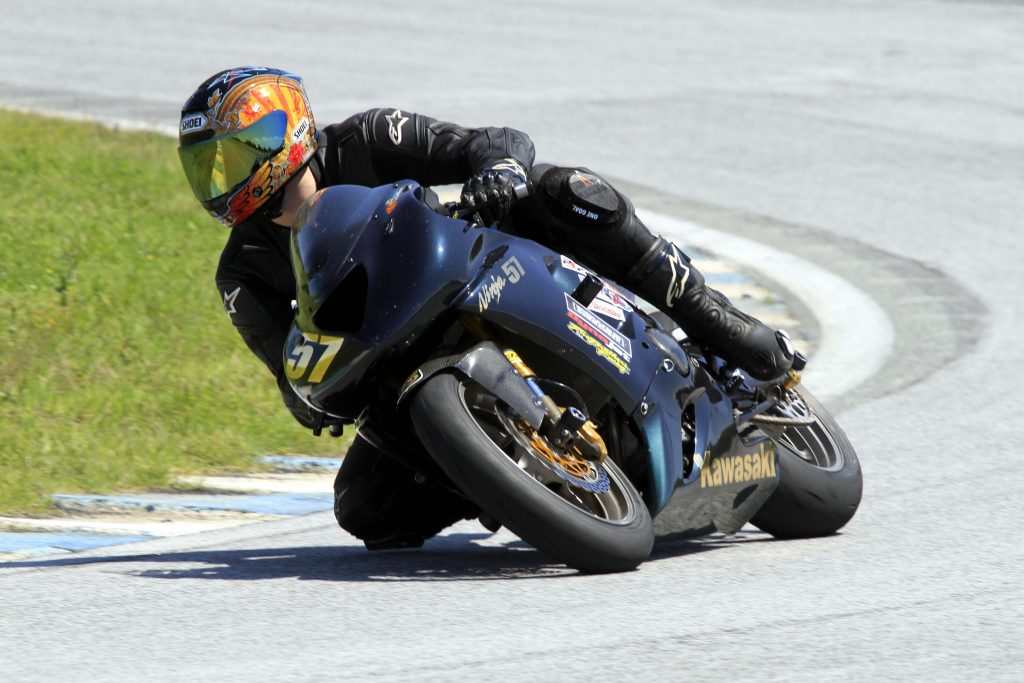 I remember that at the Serres circuit I had reached a time that was quite good for a non-professional pilot, but to improve it and finish the season with a personal record I had to take down two more seconds. I knew how and I had only one try before the winter. I was sure I would achieve it. I went with new tires, but they were not for the November temperatures. That day ended with a serious fall and a double spin of the motorcycle in the air, I passed an inch from having the motorcycle falling on me. But I caused myself a stretched tendon on one leg. So I had things to do in the winter – restoring the bike and my leg. Motorcycles are still a great passion of mine. I pray for a lifetime of driving, which entirely depends on me and my common sense.

My hobbies define me as a person. I always want the most of the things I do. No middle position – everything or nothing. I’m this way since childhood and I hope the years will not wear me out and I will always remain like this. I don’t want to be second, for me second means I’ve failed.

I wish everyone to find their hobby and be good at it. Hobbies are as important as our work.