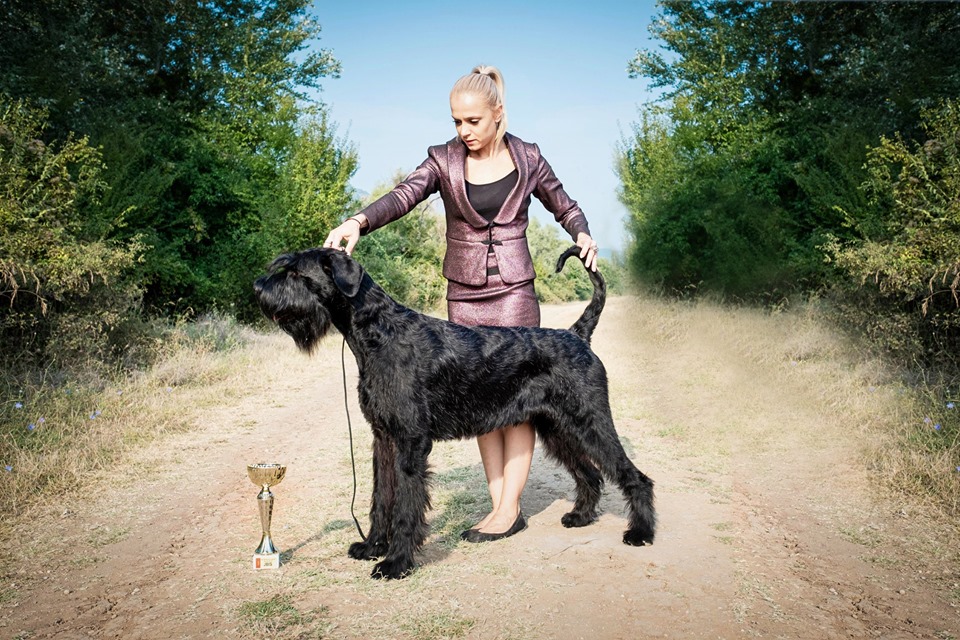 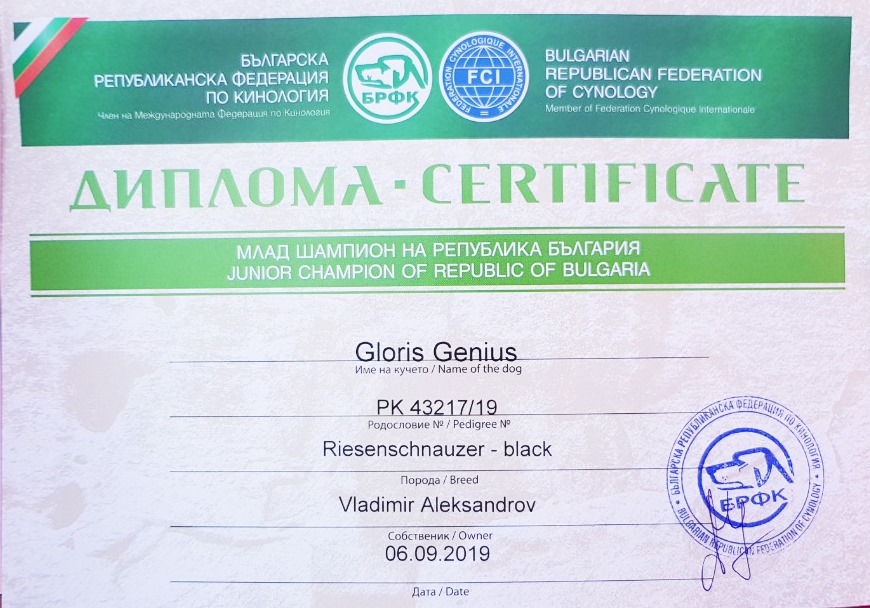 Vlado Karamazov’s Riesenschnauzer – Gloris Genius – Gena, received several prestigious awards at the International Dog Show in Assenovgrad, which took place a few days ago under the patronage of BRFC. Gena finished the Dog Show Marathon with a diploma of Junior Champion of Bulgaria, as well as most beautiful young dog at the show – a title that was unexpected and raised the bar for his future appearances. Other awards he received include 3×JCAC, 3×JBOB, 3×BOB and 1×JBIS. The panel of judges consisted of proven professionals from Europe with vast experience – JOSE HOMEM de MELLO (POR), YURII GERGEL (UKU), TINO PEHAR (CR). They judged impartially and independently gave high scores and titles to Gena.
The Risenschnauzer Gena is the offspring of the world famous kennel Gloris, which has bases in Moscow and Nizhny Novgorod. Gena’s parents are champions of many countries and some of the most famous dogs of this breed.
Under the regulations of the international dog shows, young (Junior) dogs compete for the title JCAC (Junior Candidate to National Champion). In order to become a national champion, a dog must have three such titles awarded by different judges. At the discretion of the judge, the dog may be awarded the title JBOB (most beautiful young dog of the breed) or BOB (most beautiful dog of the breed). These titles allow the dog to perform at the most prestigious dog shows where he competes already with the most beautiful dogs of all breeds. One of judges there decides and awards the title JBIS (Junior Best in Show) to one dog – Most Beautiful Dog of the show.
Gena’s debut was earlier this year when he competed in class Puppy. Then he took again all the titles in the category, as well as second place at Puppy Best in Show. His handler – Aneliya Shankova is responsible for his wonderful performance. She is one of the best handlers and she has turned many dogs into champions around the world. His breeder Olga Erofeeva has a substantial contribution to the excellent performance of Gena with her invaluable advices.