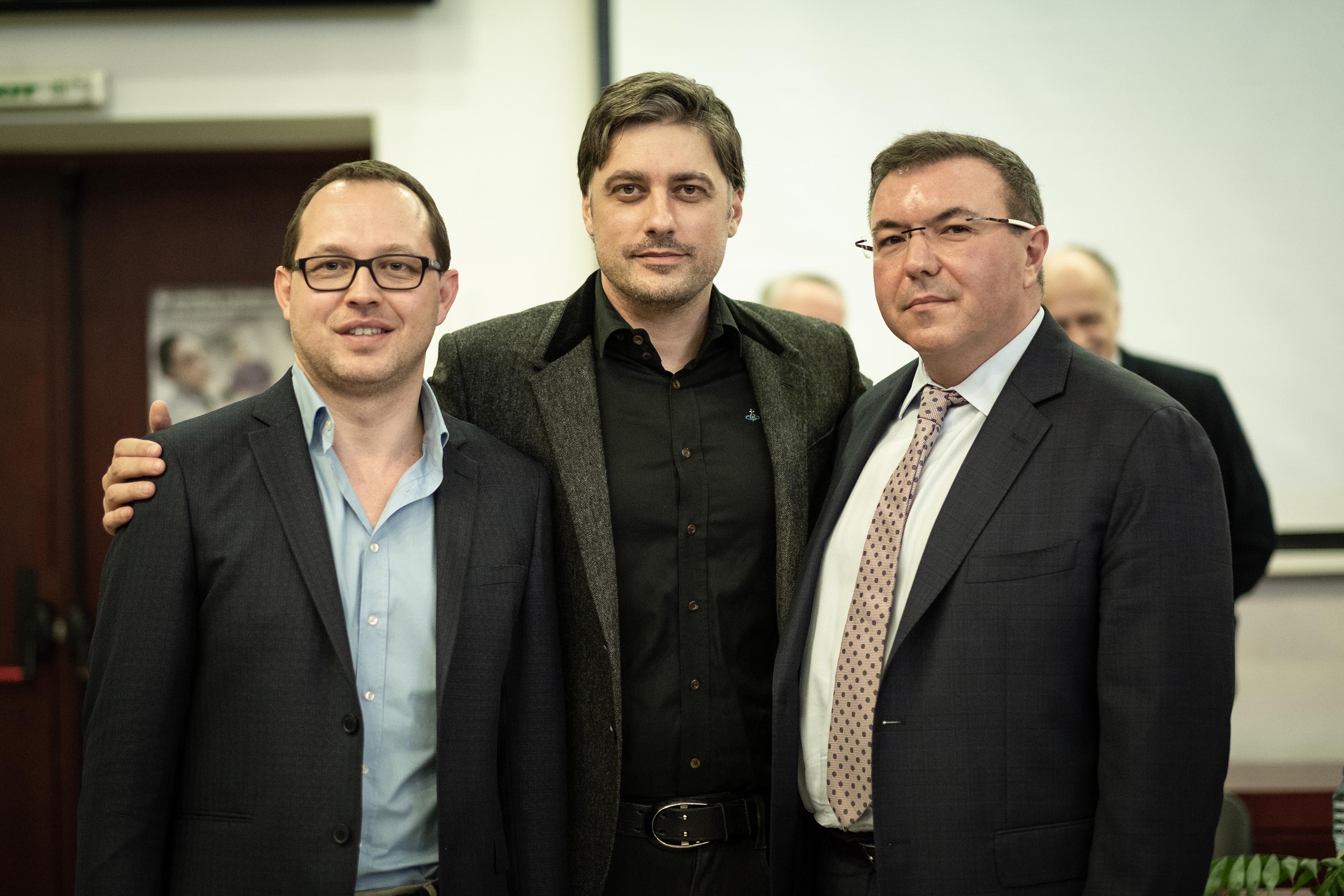 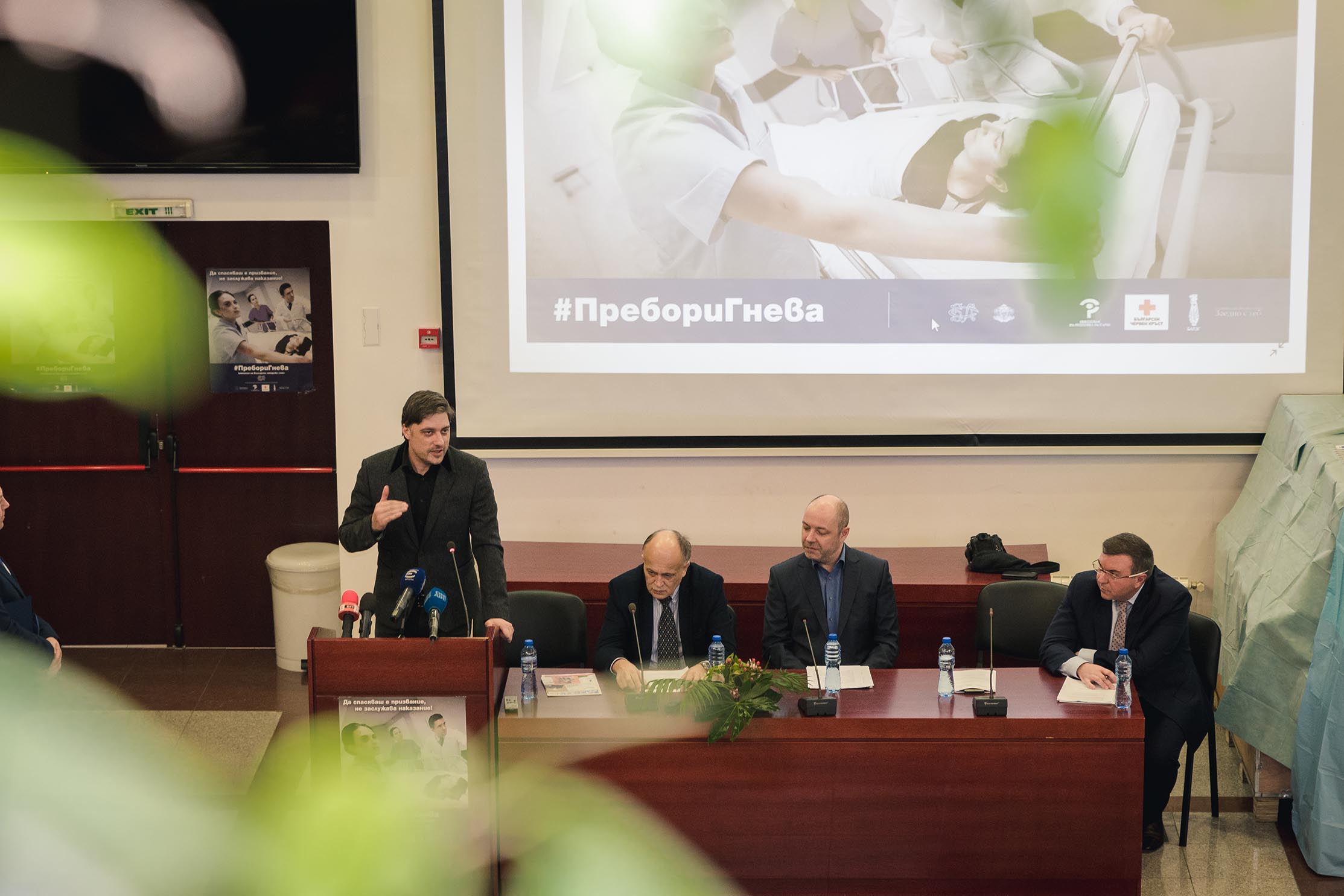 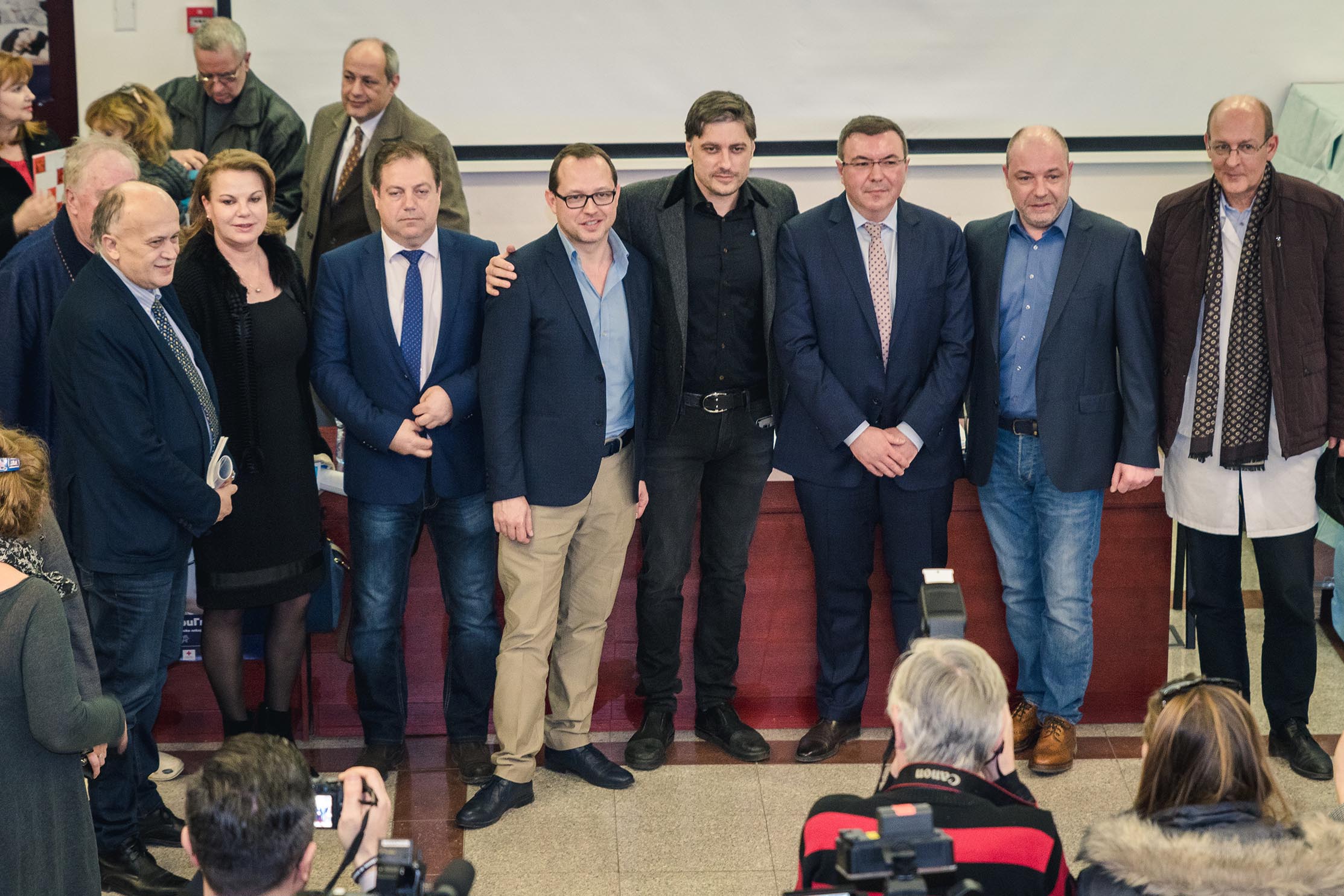 “A Good Word Can Heal” of the Bulgarian Medical Association
Photo contest “A Good Word Can Heal” launched right after the World Random Acts of Kindness Day. The organisers from the Bulgarian Medical Association are looking for photos of patients with their doctors, accompanied by text to “tell” about the good. All photo stories will be published on the BMA’s Facebook page, and a jury of BMA representatives and photographers will choose the most exciting photographs to be shown at a special exhibition on the World Health Day in April. More about the initiative and the terms of entering the contest can be found on BMA’s website. Photos can be sent also to Pr@blsbg.com.
Among the special guests was Vlado Karamazov (portraying Dr. Hristo Karagyozov on the medical series “Stolen Life”). He thanked his favourite doctors – Assoc. Prof. Kostadin Angelov and Dr. Blagomir Zdravkov. Symbolically he put the first photo story in the “A Good Word Can Heal” contest. The event was attended also by Assoc. Prof. Iglika Mihaylova – rescued after being hit by a tram and holder of Doctor of 2018 award, as well as by part of the Emergency Department team of Gorna Oryahovitsa from the last public case of aggression.
In his blog, Vlado has recently told about Assoc. Prof. Kostadin Angelov and Dr. Blagomir Zdravkov. They are among his closest friends and he has met them during the filming of Survivor.
***
In September 2017, after a series of attacks on doctors, Bulgarian Medical Association launched a national campaign called “To Save Is a Calling, It Does not Deserve Punishment” – #FightTheAnger. “Unfortunately, today we also witness various cases of aggression – on medical personnel, law enforcement officers, military officers, all the people who help 24 hours a day, 365 days a year”, representatives of Bulgarian Medical Association shared. Hundreds of thank-you letters and good-hearted reviews from patients are received daily in BMA. They are heart-warming but remain hidden for the general public. It is time for the good word to be the one to face the spite.