The angel with the anaesthetics 19 April 2018 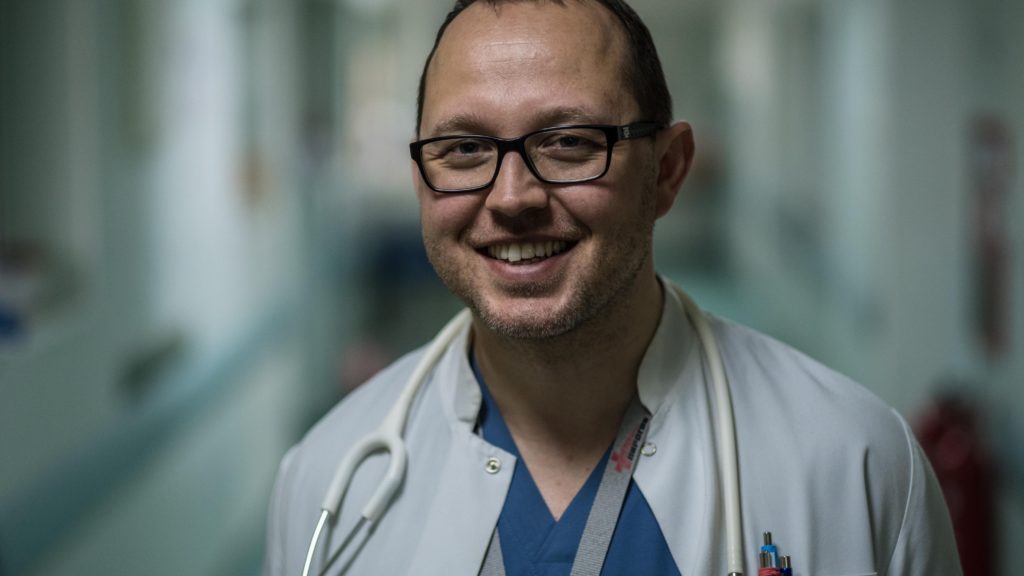 I met Dr. Zdravkov, or Bobby, as I call him, during the last Survivor in Cambodia. He was one of the doctors who took care of the team and the participants. This work in this format is extremely complex and you need to have complex qualities. It’s not enough just to be a good doctor, you also have to be a good psychologist, with a mentality of steel and experience in emergency medicine. Incidents occur daily, which require a quick reaction and composure, and not to create panic. Bobby had to do a lot of manipulations – puncture on the elbow, enema to a participant with materials at hand, stitches, injections, IVs, and so on. He performed brilliantly. When I first met him, in the first days I asked him where he worked. He explained that he was an anaesthesiologist in the anti-shock room in “Tsaritsa Yoanna – ISUL” University Hospital. I got interested that he was a part of the emergency team and asked him to tell me about his two most striking cases in recent months. 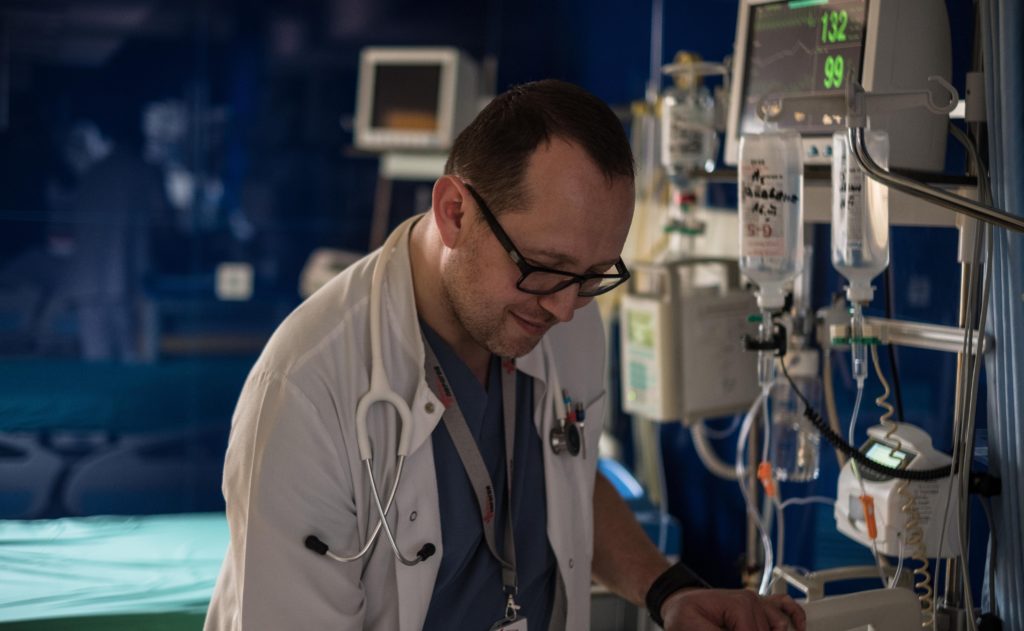 Here I have to say that Bobby is a very calm man. He speaks slowly and gently. With a special kindness to the voice. Even if he talks about the most extreme horrors, it’s like talking about relaxation and a walk in the mountains among flowers and pines. He asked me if I really wanted to hear them, and my damn curiosity said firmly “YES”. He told me about a man who fell on a woodcutting saw and about an attempted suicide with a shotgun in the head with an almost successful shot. I won’t share with you the details about the two cases. You don’t need them. Trust me. I listened to these stories, and I think I even didn’t get enough of it, and I kept asking detailed questions. How about that? How come a harmonica? How only half? How did he breathe? And so on. This happened at a lunchtime break on the ocean shore in a monstrous heat. We were sitting in the shade. The stories were over, there were two huge horror movies in my head, and when I got up to get ready for the shooting, I fainted. I forgot to mention that I have a blood phobia, and I forgot to tell Bobby too. Such a strong phobia that I feel sick not only at the sight of blood, but also when I imagine it. And … I fainted. For a short time. The first thing I saw when I came round was Evtim Miloshev. He was all pale. He wondered what had happened to me. I started to lie about being dehydrated, but he realized I had heard Bobby’s horror stories. But Bobby had no way of knowing about my phobia. I came round, drank water and slightly dizzy I finished the shooting day. He no longer wanted to tell me stories. I laughed a lot with Bobby because he has also a sense of humour. We formed a group with him and Hristina Apostolova (editor of Survivor), and we were trying to have a good time between the work. 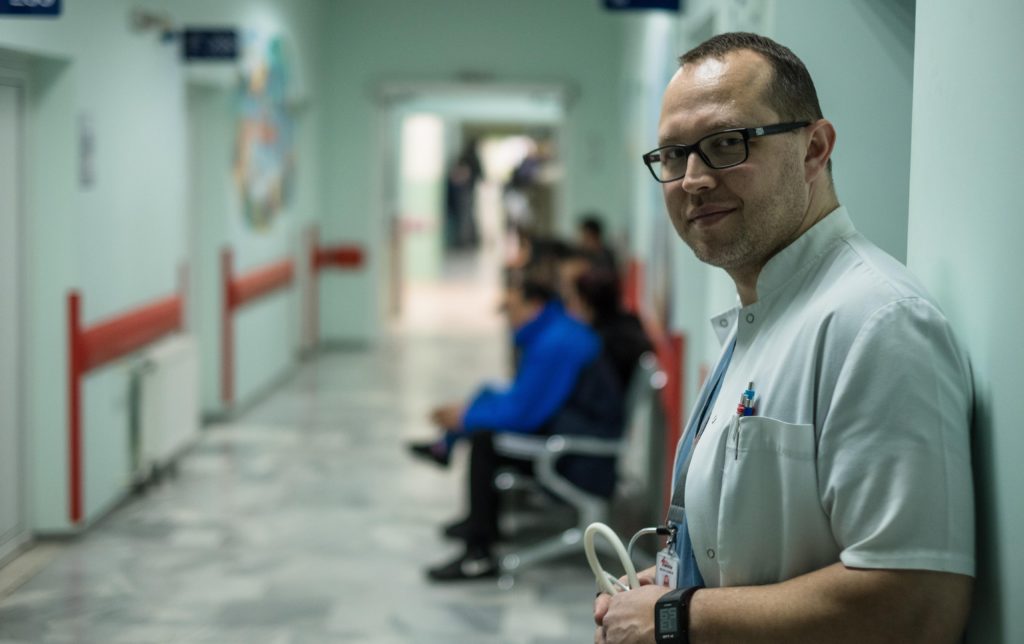 Towards the end of our stay in Cambodia he shared that he had received an invitation for the most dream job. Everyone wanted it, but few were admitted to these tops. That is, an anaesthesiologist at the Children’s Resuscitation and Emergency Paediatrics Clinic at “Pirogov” Hospital. When he told us, there was silence. I thought it was terrible. Spending your working time with heavy cases of children. Only 3 minutes in such a place can ruin me. And he is happy. He told us it was a watchmaker’s job. Very precise, with great responsibility and risk. We asked him if he was afraid. He said, “No, it’s great to be able to help children. The good doctor is happy when he can do things that most of his colleagues are afraid of.” I thought a lot about it after that. What kind of mentality should you have for this job? Every day you have children’s lives and destinies in your hands. This is not for everyone, and I even think it’s just for the God’s elect. I’m not the most religious person, but I really think someone up there chooses people like Bobby. He chooses them with a full range of human and professional qualities. Bobby is an angel, I say it without exaggerating. Being an angel is not a choice but a nature and a calling.

I often call him for advice about the health of my relatives and mine. The most recent case was when I cut my finger badly. They stitched me poorly with about 7 stitches. My finger was hurting horribly and I called him. He examined me (though being anaesthesiologist) and calmed me. He asked me if I wanted him to remove my stitches. I immediately agreed. I would even entrust him, without worrying and without anaesthetic, to do any kind of intervention because he himself acts like an anaesthetic. I think even if I go to him holding my cut head in my hand, he will ask me calmly, without stressing me, with even voice mixed with a slight sense of humour, “Well, Vladi, what did you do now?”

I write about this outstanding Bulgarian doctor – an anaesthesiologist-resuscitator, because he works in Bulgaria. He has had lots of opportunities to leave but he stayed here. He learns constantly from the children in the hospital and from his own child. Whenever I call him, he always helps me. He also helps Hristina. She is the person who created and wrote the series “Stolen Life”. And Bobby was the one who consulted her on everything about the doctor’s profession, medical terms and cases. Currently he and his colleagues are establishing an association of children’s anaesthesiologists in Bulgaria. In addition to his calling to help children in Bulgaria, he wants to change many things in the Bulgarian health care. He has goals for this life that he strives for. 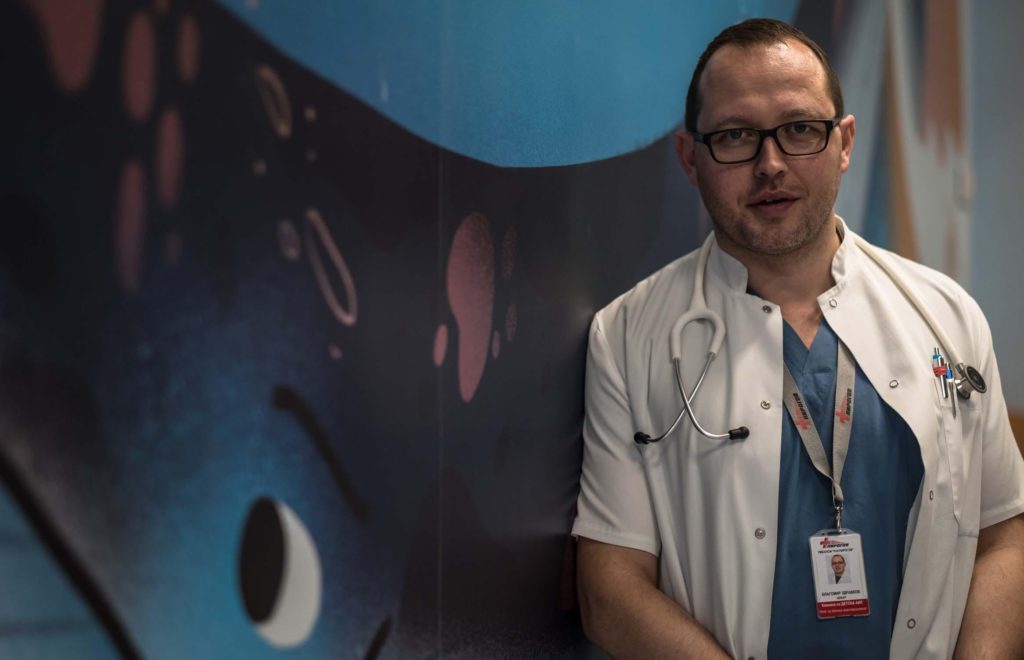 Special thanks to MHATEM “N. I. Pirogov” for the assistance.