…and the Man who is not an Island entire of itself… 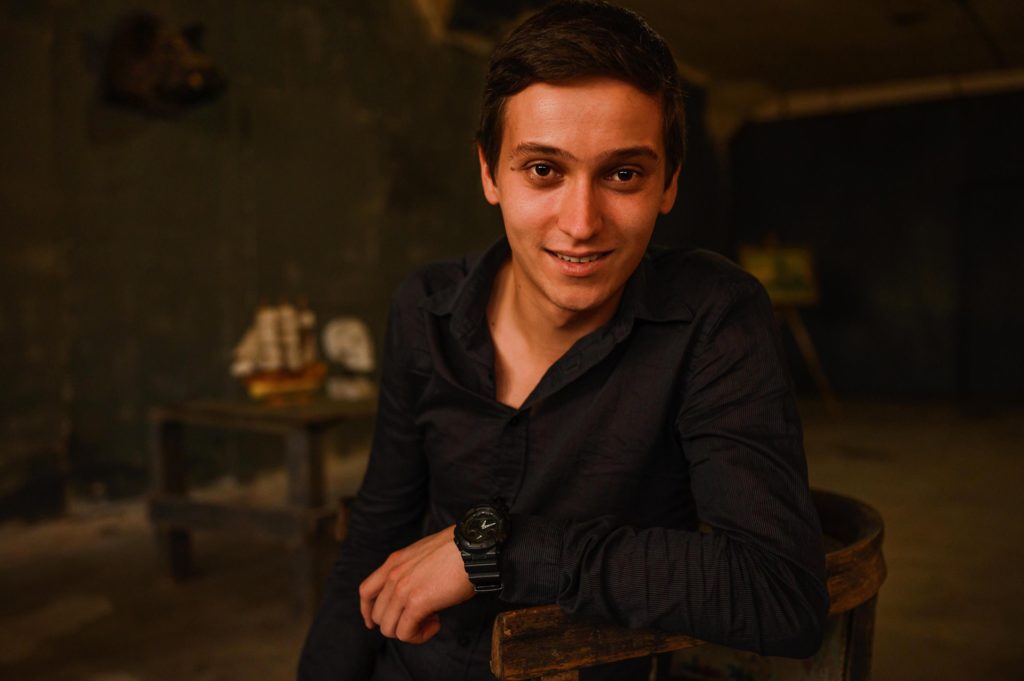 This story begins in a certain summer. A summer when a father and a son spend their best time, drinking cold beer and eating fish in the villages on the northern Black Sea coast. The memories of this summer and the moments spent together mark everything that happens afterwards.

I have always been a little sceptical of the new generation because of a few general things. Because young people are not interested in what has been before them, and because of their innate increased self-confidence and self-esteem – they are just very good at everything. When I notice a young man and do not see these “virtues” in him, I am very impressed. I start slightly observing him in different situations, so I can be sure he is really different. When I am sure, then I am really happy and I would help him with whatever I can. Such is the case with Dimitar Nikolov. A modest and very talented boy from Sofia. J In our circles, when a talented young man emerges from the NATFA incubator, he quickly becomes news. I have heard his name many times. I heard that he had studied with Ivan Dobchev and Margarita Mladenova – it is difficult to attend their classes. They are very demanding and extreme with their students. Four years at the Academy with them will either make you give up on this art, or teach you, toughen you and prepare you for leading roles in movies and theatre. In the case of Mitko, the latter happened. 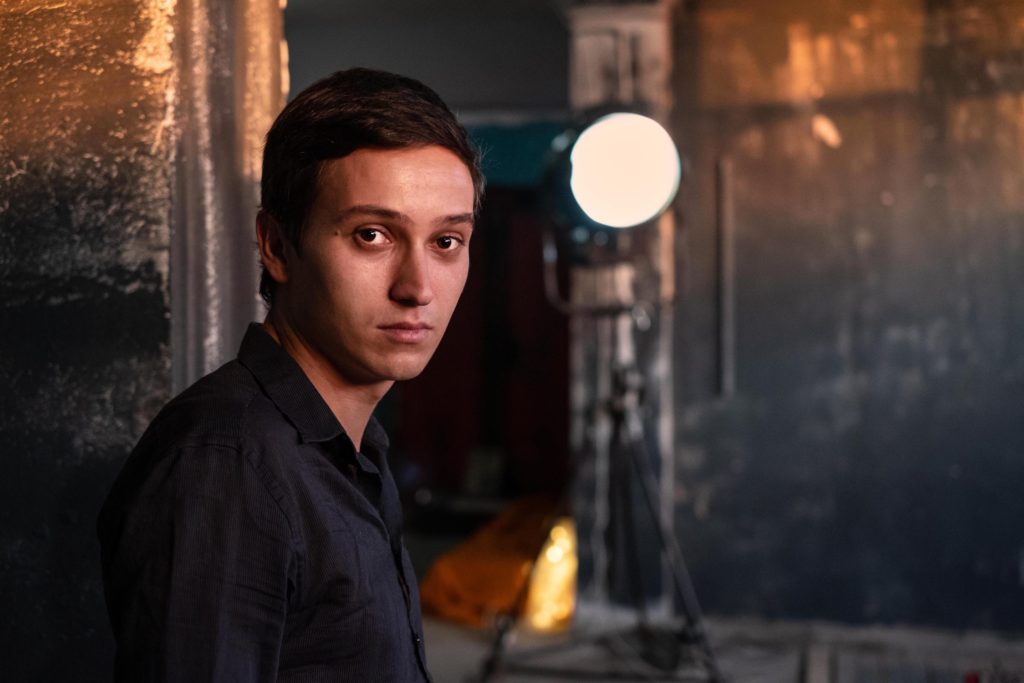 For a long time he was engaged in singing and he sang in the church-Slavic music choir at “Slavyanska beseda”. He has graduated English Language School and from a young age he likes to write. Writing is not very typical of his generation. J Quite often later in life he has succeeded exactly with writing. His father had far more serious plans for his son’s professional development. But if you get hooked on, if the thought of acting gets into your head, no one can discourage you. I know it from personal experience.

Significant events happened in that beautiful summer on the northern Black Sea coast. He heard that Maria Sapundzhieva was having a theatre workshop in Kavarna. He joined the workshop and thus got hooked on theatre. I have experienced the same – when I am happy and calm, I love everything – meetings, people, events. When a person is happy, he looks at life differently. Perhaps it is because of the positive moments with his father and the calmness a parent can provide that everything from that summer Mitko remembers and identifies as the warmest moments of his life. 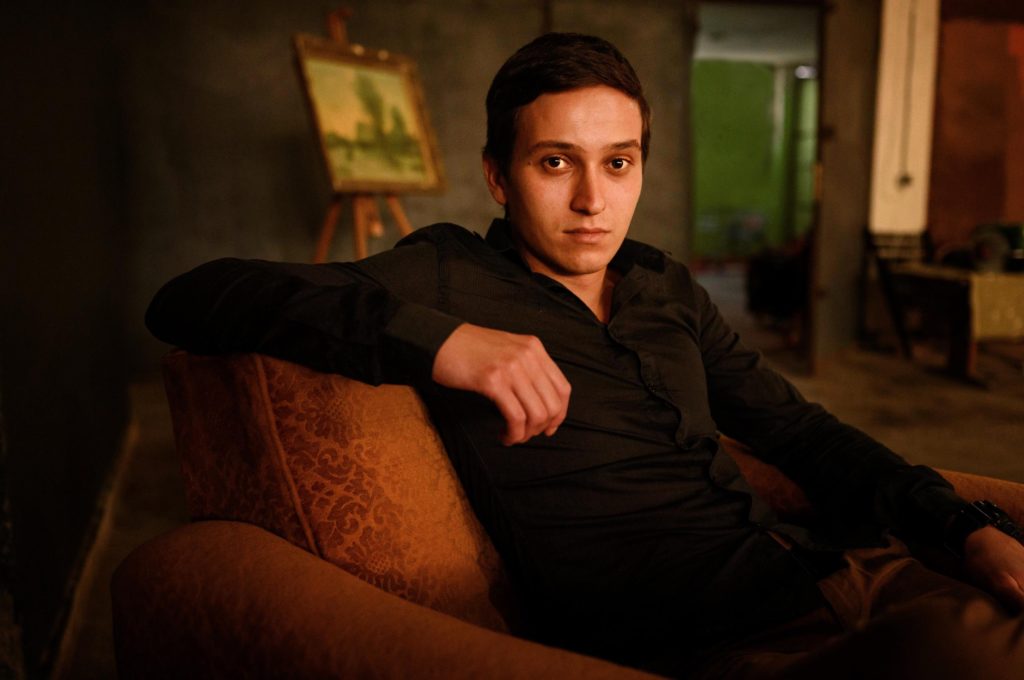 After returning to Sofia, Mitko continues to attend the theatre school. He meets some of the best Bulgarian artists who are his teachers there. Enthusiastic, he boldly moves forward to the admission exams. He is admitted in the Academy from the first try and he is the first in the ranking. He has not expected that at all. His family has thought these are temporary pursuits of his, but after the exams and the following success, he firmly states that this is his future. His father is not very happy about this because every parent wants the best for their children. This profession is not the most assured in our country. Not at all. If I had a child I would not let him become an actor. The disappointments in this profession are just too many. His mother and his sister are on the other end – extremely happy with the fact that he is doing just that. It is always nice to have an opposition and someone who is sceptical, because it increases your desire to work. 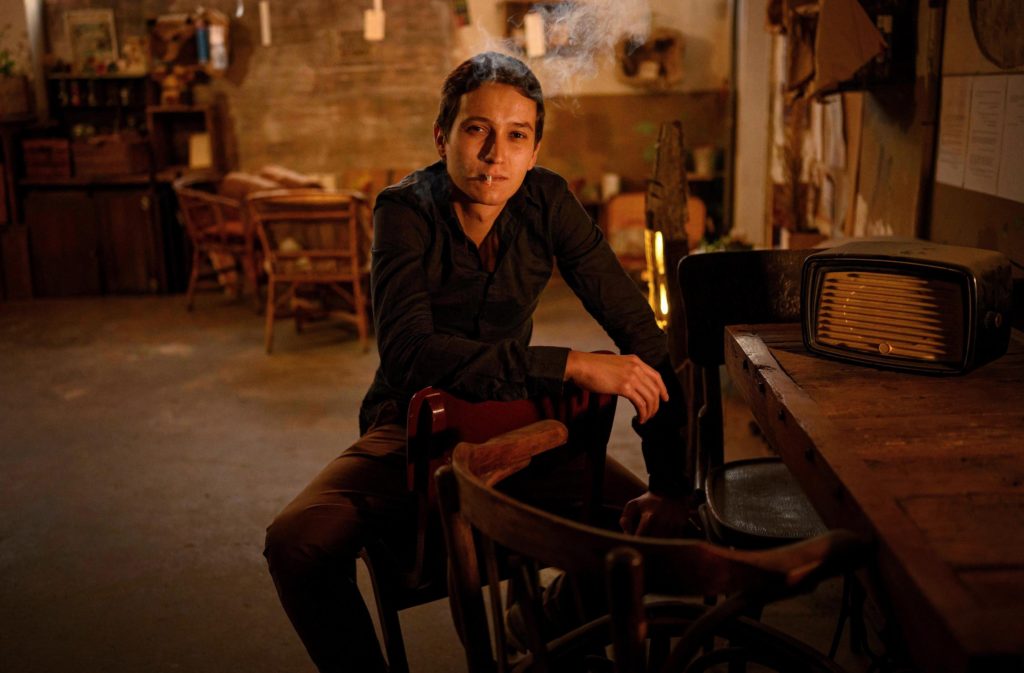 In my opinion, his father has been an inspirer. The man to whom Mitko wanted to prove himself. To walk his own path, to go firmly, and even though he knew his father did not like this path, to convince him and to show him that it is the right path. I think he did all this, and brilliantly. I say this because, in my opinion, the basic mechanism to become good at something, to be consistent and purposeful, is the desire to prove yourself – to parents, friends, yourself, the world… Despite everything, he pursued what he desired, did not hesitate from the attitudes around him, and he was not wrong.

He decided to participate in a big literature competition. The task was to write an essay on “Man Is Not an Island” and another essay on certain photograph. He wrote a story about his father. He wrote it with an ease and a lot of emotion. The results of the competition showed that Mitko came first and won the grand prize. Again, through writing, he was admitted in one of Berlinale’s most prestigious workshops for young talents. He decided “to be himself”, he developed a theme, sent it, and they called him to say that he was in, together with other talented young people from all over the world. 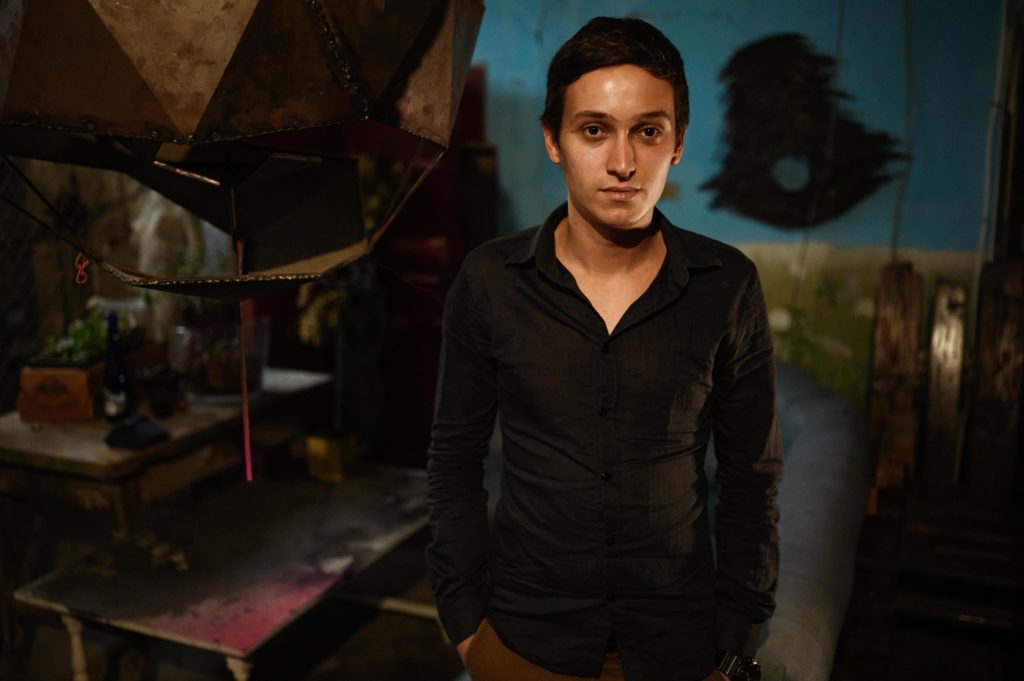 As a side observer I can say that he succeeds because of his sensitivity and modesty. They are obvious and noticed even in a simple conversation. These two qualities are the greatest virtues for me and they are quite rare. And this sensitivity is an asset for an actor. Many life events have sharpened this sensitivity even more. While we filmed the series “Devil’s Throat”, he told me about some of them. The moment that he won me over was a scene we shot together. We went to an apartment of a family from Smolyan. Real settings. The two of us had to play a dramatic situation, in which I expose him and then fire him. Dramatic because my character patronizes Mitko’s character. I was very impressed with the way he prepared for the scene. He gathered himself meekly next to a piano, did not speak to the team. I have seen young actors who, before such scenes, bang their heads, pinch themselves, listen to sad music… Everyone can do whatever he wants, the important thing is to play the things well afterwards. But often, after such preparations, instead of dramatic the result becomes somewhat comic. Mitko concentrated as a great actor. We started filming, and he, quietly in a strong emotion, did all the takes. This impressed not only me, but also the director, the cameraman, the team. Then I became a fan of his and told myself that I would follow his career and development. 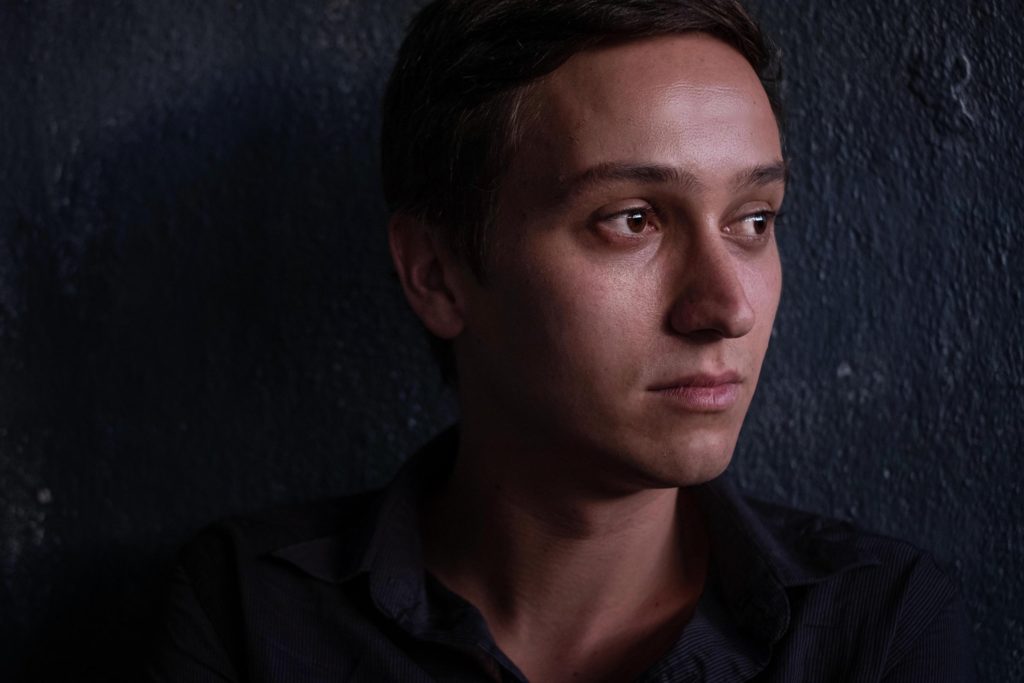 In the theatre, he is noticed by Marius Kurkinski (he is one of the directors who find and help young actors) who gives him a leading role in “The Blue Bird”. Javor Gardev takes him in “The Observers (Hypothesis about the Underworld)” at the National Theatre. Macedonian director Deyan Proykovski takes him for the role of Alyosha in “The Brothers Karamazov”. He also plays in “The Boy at the Last Desk” at the Plovdiv Theatre. He participates in many independent projects with friends. Movie-wise, things are also going more than well. He already has seven feature films and many awards around them. For the movie “Hristo” he works in the summer in “Purity” firm with the workers, so he can dive in the circumstances and the life of his character. That is why he does a great role and is deservedly honoured with several film awards. He receives the Flight in Art “Stoyan Kambarev” Award and for this reason he will travel to Rome at a big festival. He still keeps in touch with his teachers at the theatre school, but already as colleagues. 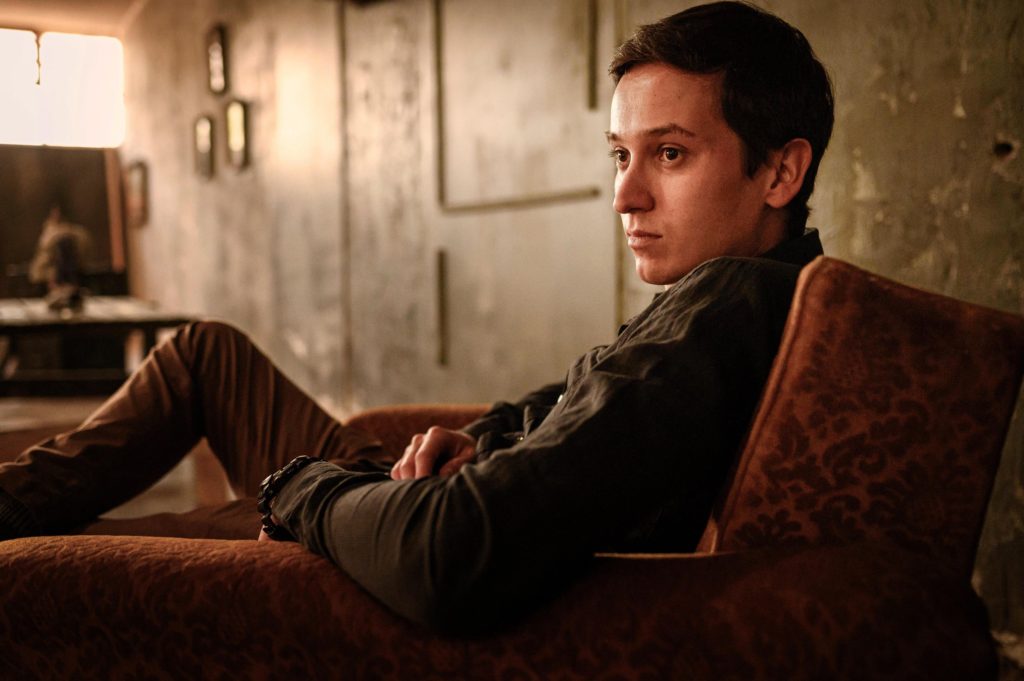 I am happy for Mitko. I was disappointed that he was not invited to join the company of the National Theatre. He deserves it with everything he has done so far. When we took the photos for this material, we talked about it again. The next day he called me and said that he got a call from the theatre with an invitation to join the company. Everything comes into place. If you step on the right track and if there you manage to do the first full turn of the wheel (the most difficult one), it really flies off. I wish Mitko a happy and long flight, he has proven that he can fly. And somewhere up there, his father, his inspirer, also flies. It is very important that we have our inspirers, those little pebbles in the shoes that provoke us and leave us no peace. And when this inspirer was the person who created you, everything becomes deeply personal.

Because, as Ernest Hemingway writes in his novel “For Whom the Bell Tolls”, quoting John Donne:

No man is an island entire of itself;

every man is a piece of the continent, a part of the main;

if a clod be washed away by the sea, Europe is the less,

as well as if a promontory were,

as well as any manner of thy friends or of thine own were;

any man’s death diminishes me,

because I am involved in mankind.

And therefore never send to know for whom the bell tolls;

it tolls for thee. 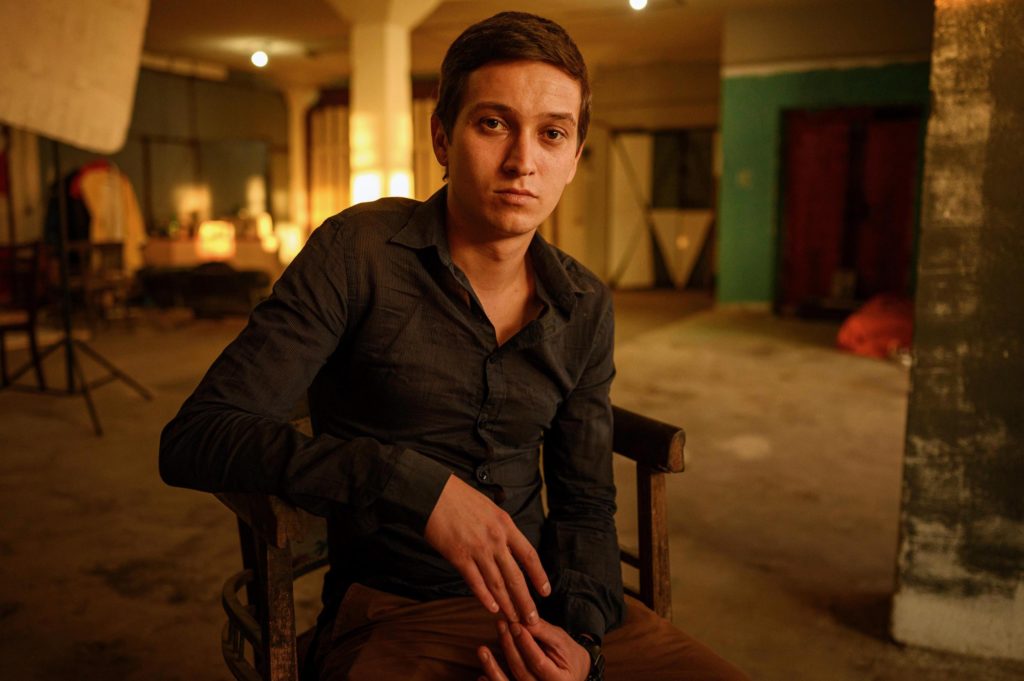