The dawn was breaking. Zachary turned out not a very good navigator and we easily got lost. We couldn’t find the way to our first stop. I started to give, in my opinion, practical advice. The advice was just to ask someone. To me it seemed the easiest and sure thing. I couldn’t do it because I don’t speak English well, and they were excellent in it. Here is the place to mention that when I’m with other people I don’t move a finger to do anything. I am really a sack of potatoes that just rides and does not take the initiative for anything. Especially when I travel with Julian. I know he’ll do everything, he’ll drive, he’ll orient, he’ll ask – I’m in safe hands and I have no need to worry. For me remains just to look around calmly and not think of anything, just to have fun. But when I travel alone, things are radically different. I heard they were fussing and couldn’t find the way on the map to Los Angeles. I let a casual “Why don’t you ask someone?”. My question sank into the air without anyone registering it. They continued to wonder left or right to continue, and I slipped again “Why don’t you ask, guys?”, and again no one paid attention to me. I continued just looking around idly. I didn’t realize at all that this was fiercely annoying Julian. We continued to wander, and I asked maybe another ten times why not just ask someone. After my probably 15th question, the car stopped sharply, the back twisted and a smell of burnt tire appeared. We stopped by a man who was clearly frightened of what had happened. Julian started screaming at me to get off and ask the man, if I so much wanted it. He was throwing at me something like “C’mon now, c’mon, get off the car and ask the man, damn it, I’m sick of you repeating the same thing! Like if you’re aunt Vesa here, a street-organ, a gadfly….” – such words were poured on me, and even worse. I just watched and swallowed the insult. So what did I do, I just gave good advice on how to get out of the situation. Besides, I did it for the good because my heart was broken as I watched how they wandered and struggled. And I, for this good deed, received insults, curses and swearing. I am sorry, but I will use again a folk wisdom – “No good deed goes unpunished”. Yes, maybe I repeated the question a bit more times, according to me about 15, but according to Julian – 40. No matter how many, even if they were 100, does it matter, when one does it with a pure heart, why should he be vilified. I don’t know. Since I didn’t understand this situation, I replied that I would not ask the frightened man and I got angry. In fact, I didn’t get angry, but I just decided not to speak anymore because my voice irritated and bordered them. Well, okay then, if that’s the situation you won’t hear it anymore. Let’s keep quiet in the car. Let’s see what will happen when I don’t keep up the positive spirit. There was a grave silence in the car. 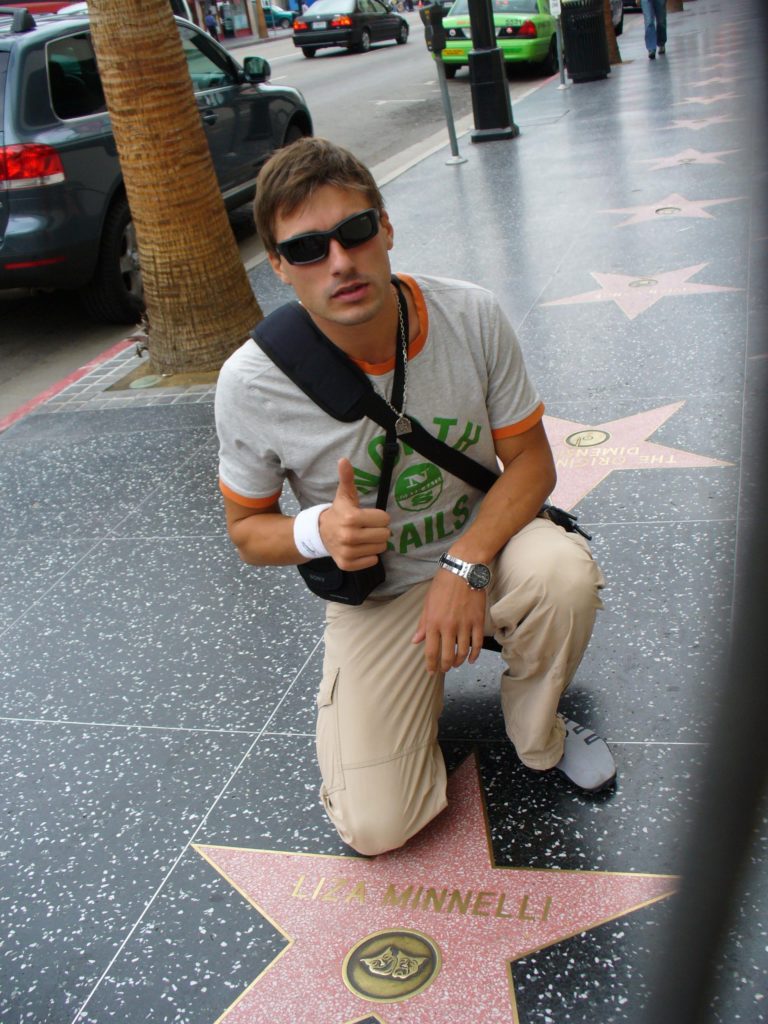 My “friend”’s words echoed in my mind. The two finally found the way and we continued the trip. I wondered if I should be angry at Zachary too, for his passivity, but still I needed an ally, so I asked him if this is the way we came yesterday evening and which we didn’t see then. He said there was no other way. This was a clear sign whom I was angry with and whom not. It should be noted and the enemy should feel bad. I thought how this could damage the whole trip that I dreamed of so much. After a while I was already firm and didn’t care about anything. Let’s have a bad time, you think I give a shit? I wanted an apology from Julian Vergov. Without an excuse it wouldn’t do, he wouldn’t break me. But what an excuse from this character. He will never admit his mistake, he is COOL. He is always right, and the others – not. He is so proud and uncompromising that it’s unbearable. He started telling something to Zachary and they laughed. This totally enraged me. I’m waiting for excuses, and he doesn’t care at all. I thought he would be at least dejected, he would be sorry. No, dude, he is laughing with Baharov, my “Ally”. Well, okay, laugh away, I’m done with you.

I’ll tell you a little about the nature and the landscape around us because I got angry. Unlike yesterday, on our right a marvelous ocean view revealed to us now. We had passed by the ocean yesterday and we didn’t see anything. But now it was different. There was fog over the water, and the morning sun was struggling to break it. It was beautiful, and I remembered I’ve seen such a sight many times in many American movies. As if we were in a movie too. A dramatic movie that tells about the insult and the betrayal among friends. Well, back to the topic again. I’m silent and no one pays attention to me. We entered Los Angeles and left the car in a parking lot right next to the Hollywood Walk of Fame. The HOLLYWOOD sign was clearly visible. But I was not interested in anything, I was deeply offended. We went to the Walk of Fame and I started taking photos of the stars on the street. The star of Anthony Hopkins, Tom Hanks, and suddenly at the end of the street I heard some loud noise. I raised my head, there were many people crowding and pushing. The brain immediately digested the information that my eyes and ears served, gave a signal to my mouth and it shouted, “There is a star there!”.

Julian said they were shooting a movie, and these are extras. No, I said, 100% there is a star there. They still didn’t believe. I started walking with vigorous strides, turned around and saw that they were dragging along slowly. I shouted again that I was sure there was someone famous there. Seconds later I was already in the crowd and pushing. Suddenly, in about four or five meters before me stood Bruce Willis. I turned to Zachary and Julian and shouted, “I told you there was someone – see Bruce Willis”. They ran and began to take out the cameras. I pulled out my camera and took photos. I couldn’t believe our luck. In seconds I forgot the insult and everything. And my friends were already magnificent. I swallowed everything not in seconds, but in hundredths. I was glad it was happening to us all three. It turned out Bruce Willis was getting his own star on the Walk of Fame. There was a stage, and the mayor of the city had a speech. Bruce Willis stood beside him in a hell of a cool suit, smiling. Fans were screaming and shouting. The mayor said that his friends were there as well. And then Zachary said, “Look, here is Ben Affleck, and Billy Bob Thornton”. We were really lucky. They gave the floor to our colleague Bruce. He greeted the people and gave the floor to his friends. All of them said a few words. (VIDEO).

I watched the colleague Bruce and I couldn’t believe it. This is a real star, not like us in Bulgaria. This is a person you can see only in a movie, in a magazine or on television. He is known all over the world, and when you see him live, it’s so unreal. You feel extraordinary lucky. We can be seen on “Rakovski” street too, and no one cares. So who is the real star? I kept thinking – he lives up there on the hill, in Beverly Hills, and he had his alarm ringing today like everyone else. He got up to get ready, brushed his teeth, shaved his head and came to the opening of his star on the Walk of Fame. And we, his colleagues from Bulgaria, were lucky to attend this event. Really a star, but I also saw that he was a normal, nice person. Now that was the perfect start of our American tour. We lifted the bar high, now let’s see what happens next. Bruce left (I call him Bruce for understandable reasons, because we were already like friends, and we are colleagues) and the crowd scattered. I was over the moon. Again, we were good old friends, with excellent relations. I took pictures of me at the Kodak Theatre, the Chinese Theatre, the stars. We each bought a small Oscar. Actually, just me – because I like the kitsch stuff. Finally, we decided to eat an American sandwich. Many things turned around in my head then. I was happy to have chosen this profession and be an actor. I appreciated many things that are generally easy to forget in everyday life. We got into the car and decided to go and see Bruce’s neighbourhood – Beverly Hills. We couldn’t see much. We saw only expensive and tall fences. Yes, we saw fences, but stars and houses – no. The next stop was Rodeo Drive – the shopping street for the rich.

It was interesting there. Some Lamborghini and Ferrari stopped in front of the very boutiques. There were shops of all famous brands. I was a little inappropriately dressed for there, with some silly sneakers. I took them to feel light and comfortable. We looked around, bought some clothes, and it was time to meet Mitaka. Mitaka is an old friend of Zachary and lives in Atlanta. He was dating an Indian girl and they were coming together.

He was more than strange. Besides, while driving, he was doing other things as well. For example, he was assembling some flashlight or fixing something else. This made my hair totally stand on end. He couldn’t just drive, he had to drive and check off other things too. We met him where we returned our car. He had rented a minivan with a TV in the front and in the back for all of us. With this van we would go to Las Vegas and the Grand Canyon. We met Mitaka, but I can’t say the meeting was very emotional. We started immediately talking about our colleague Bruce, but Mitaka wasn’t interested in neither Bruce, nor Mousse. We were hurrying to leave because we wanted to get to the sin city not too late. The distance to there was huge. Who will drive? Mitaka, naturally. All the way while driving this guy was making something. Julian is an extraordinary driver, and such things and such driving upset him a lot, to say the least, but anyway. My head was throbbing with emotion. I was in America and I saw Bruce Willis. If some time ago a fortune-teller has read me and told me that this was going to happen to me, I would spread a noise secretion on her and call her “gypsy”. I just got used to the driving of Mitaka and Las Vegas showed up in front of us. We were high up, and the city was below us, flooded in light. We started singing Elvis Presley’s song “Viva Las Vegas” in the car. Would I see the show with the pirate ships that sink in front of some hotel? I would know soon enough.