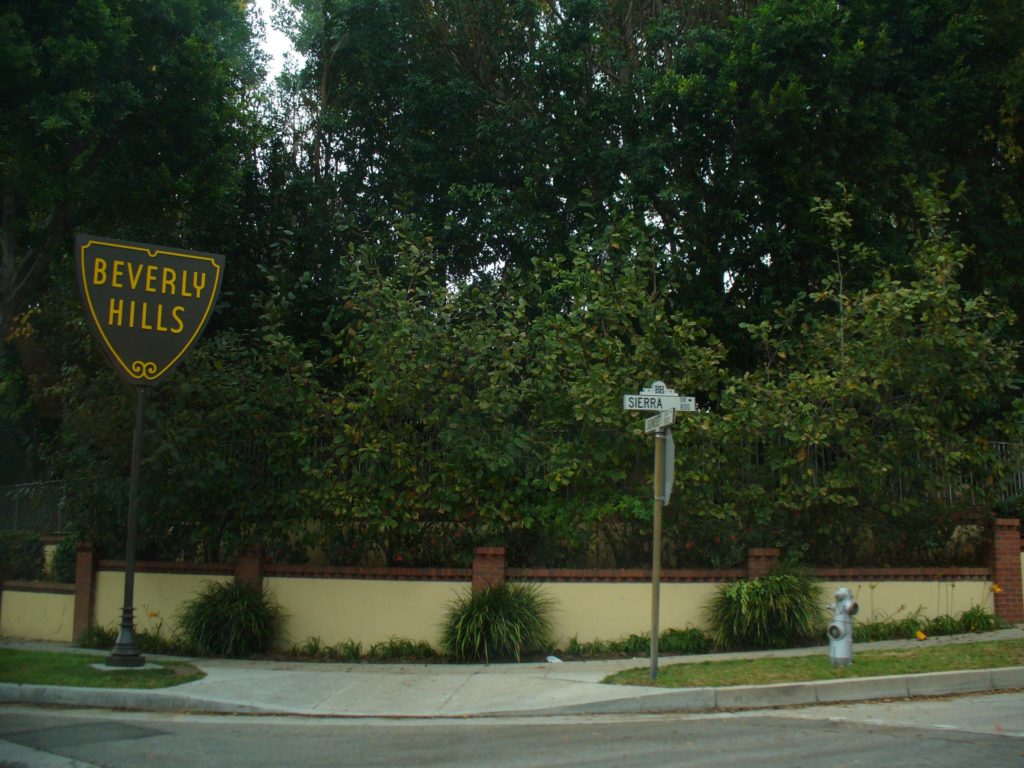 The departure day came. We were leaving for America on a flight to Paris and then to Los Angeles. At the airport, I started to grumble about how we could stand a 12-hour flight. I’ll go crazy inside. It’s whole 12 hours. I won’t be able to fall asleep, or anything. I might have repeated it every three minutes about sixty times total. I was driving them mad. Strange thing is the man. Until a couple of weeks ago I was ready to be grilled by Arabs just to go, and now I was whimpering. “The milk is too hot, or there’s always something”, the wise men said. If you haven’t seen such a person, I’m a good example. And if you just know what happened on the plane, I can’t even describe it. Not to save something to the dear reader and to be honest to the end, call Julian Vergov to ask him what he’s been through. His phone number is +359-896-68…. (wait, there’s something wrong with the keyboard).

After resenting everything on the plane, how uncomfortable I was, and how my feet tickled after standing for an hour so I didn’t get blood-clot and die, I sat between down and fell asleep. I fell asleep so deep that I didn’t feel anything until a tap and the words “we arrived”. We got to Los Angeles. It was huge from above, the lights went as far as your eyes could see. It was about 22 p.m. The excitement was enormous. What will be the first thing we’ll see and what will impress me? I didn’t know, but I would know it very soon. We passed the emigration authorities very easily and without problems. Stories about how they won’t let us in, because we are gypsies and poor people who want to enter the big world but can’t, were spread all the time. We all laughed a lot, because we were all in a good mood. We took the luggage and headed to leave the airport.

As we waited for the bus to take us to Santa Barbara, we watched the passing cars. I hadn’t seen so nice wheel rims. They were so shining on the night light, almost blinding. Our transportation came. It was a small bus. We got on it and left. Unfortunately, we didn’t see anything because it was dark. Inside, the topic of how unfair is not to see Los Angeles, and how we must absolutely organize ourselves and go, continued. The three of us just kept silent and nudging. The driver just kept talking in English – American, in fact. I didn’t understand anything he said, not that I am an expert in English. I asked the others if they understood, and they said they had difficulties too. But it was nice to have an American talk to you live. He was telling us all kind of stories. I just kept asking “What did he say?”, “What does it mean?”. We passed by some restaurant, and he said, just like that, as if it were about Pesho from Kostinbrod, that Mel Gibson got drunk there yesterday and the police came because he had a fight with somebody. I couldn’t believe my ears. “Was it really in this restaurant?”. He said “Yes” – easily and calmly. This restaurant immediately became a holy thing for me and I watched it until it disappeared. In my mind I repeated to myself: “So who got drunk in this place? Mel Gibson!”. I wanted very much to say let’s get off and have a beer with him, if he came, and if he brought a friend like Brad Pitt or Winona Ryder to meet them and talk about the Bulgarian theatre. Then he told us that Tom Cruise used to drive his bike on this road, and he had seen him often. And the same thing happened again. “Really, on this road, that we are now going?”. The answer was again calmly presented with a slight “Yes”.

We went to a gas station to refuel and buy something. I saw some dry beef and I bought it. It was something American. After a while we reached Santa Barbara and our hotel for the night. We had to stay there only the night, and the next day to move to private homes in foster families. Such was the policy of the festival. The three of us had to go to Sarah’s house. An elderly woman who lived alone. Okay, we’ll go to Sarah, and threw a glance at each other again. It’s interesting how no one suspected anything, given the fact that in the last hours several times I dropped some words from the excitement, and I was nudged either by one or the other. It had become quite late. We settled in the rooms. In the huge rooms with two beds – each as big as a double bed. The entire team gathered together in front of one of the rooms and started the hell of fun. There was a vending machine next to us, and we were like never seen such thing. We inserted coins and took drinks. We were tired and in an hour we decided to go to bed. This is where everything began and we started our plan. We wished good night to the others and we said we’d see each other in the morning for breakfast.

Yes, but no, we wouldn’t see each other for breakfast and wouldn’t see each other in the next three days. The rooms were for two, but we insisted on sleeping the three of us because the beds were huge. And again no one suspected anything. We closed the door on the inside and I went totally crazy of excitement. The other two were also glad that everything was just starting. But I showed it the most. We had to sleep for couple of hours and at five o’clock in the morning to get up and leave for our long American ride. I almost didn’t get a wink of sleep from the excitement, I don’t know about the others. The plan was as follows: we get up and go to rent a car and drive with it to Los Angeles. Spend the day there, and a friend of Zachary, who lives in New York and has come for us with a big car, will meet us in the evening. With him and his girlfriend we go to Las Vegas. We sleep there at Stratosphere Hotel and the next day we leave for Grand Canyon in Arizona. In the evening we return to Las Vegas, spend the night there and in the morning we take the plane to San Francisco. There we rent a car again, see around the city and with this car we return to Santa Barbara. We sleep and in the morning of the fourth day – all innocent – we go to a rehearsal, because in the evening we will have a performance. We were absolutely prepared for this plan. In advance we had bought airline tickets, booked hotels, rent-a-cars, we had detailed maps. Everything. Even an agreement on how the things will go. Julian will drive, Zachary will be his navigator with the map, I will be a sack of potatoes who keeps the positive atmosphere and the good spirit and who shoots video of everything and makes an archive of the trip.

At about five o’clock in the morning our phone alarms sounded, we got up and Everything started!!! America was ahead of us!!! We just have forgotten to plan how to tell the director that we’ll be missing. We were getting ready and thinking about it. We had to say something, though, or they would start searching for us. Just before we left, Zachary reached for a sheet of paper and a pen from a drawer in the room and said he would leave a note. It said “We will take a walk!”. He walked to the director’s room and shoved it under the door. He turned to us, we all turned off the phones, and he said, “C’mon lads, it’s us now”. I was just imagining what would happen tomorrow morning. How they’ll call down fire and brim-stone on us and how many curses we’ll get. But now I didn’t care at all, because we were leaving. All my curiosity all these years will be absolutely satisfied in the coming days. We took a taxi and it took us to a rental office. Julian waved his credit cards (when abroad he likes to take out credit cards and wave them) and after a while we had a unique car, with which we would go to Los Angeles. We left.