It is good that I have a site. It is very suitable for texts like the one you will read now. This way I stand 100% behind my words, they are genuine and as I want them to be. I rarely write explanatory stories, since I do not think I am competent on most topics. If I do not understand something completely, if I have not studied it, not practiced it, not been deep enough into it for a few years, I prefer to keep my opinion to myself or to my close friends. But, what I wish to explain now is closely related to my profession. I think it is important to say a few words, not that they will stop the writing of the ignorant pundits, but at least I will try.

It concerns a few “introduced” phrases in acting in front of a camera, invented by side observers of the profession who do not know anything about it in detail, have not practiced it and do not understand it. The terms are “histrionic posing”, “theatrical overacting”, “film actor”, “declamation” and other derivatives.

A year ago, I was fortunate to meet a professor of “Acting” who had practiced for many years in London and trained not one or two stars. To put it mildly, the old lady was disgusted with such claims that devalue our profession. There, it has gone even further. Majority of young people believe in such statements and do not want to study in the national academies, they prefer the easy way – 3-month courses in film acting that are widespread because of the industry, something like courses in modelling. These classes do not teach them actual acting, do not introduce them to this difficult craft, but teach them how to stand in front of a camera. Someone will say that is enough. Well, no – it is not enough at all. These people know almost nothing. It is like saying that the young people from “Sofia day and night” TV show are magnificent in front of the camera. 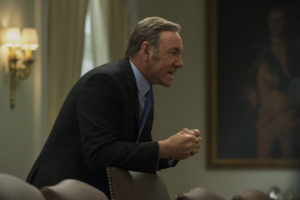 Thank God, such statements in Bulgaria are only in the area of chattering and the known higher education institutions yet remain the only place for quality education in acting. Then why do I write this? It is not good when someone talks nonsense, and from the position of a critic, a pundit or a journalist. When I see something like this in a social network post of an intellectual, I omit it with regret for his/her public discredit, after all, it is a personal page and everyone can write what he/she wants. But, when I read such a statement in an article published by a film critic, a journalist, or a specialist, I cannot remain indifferent. 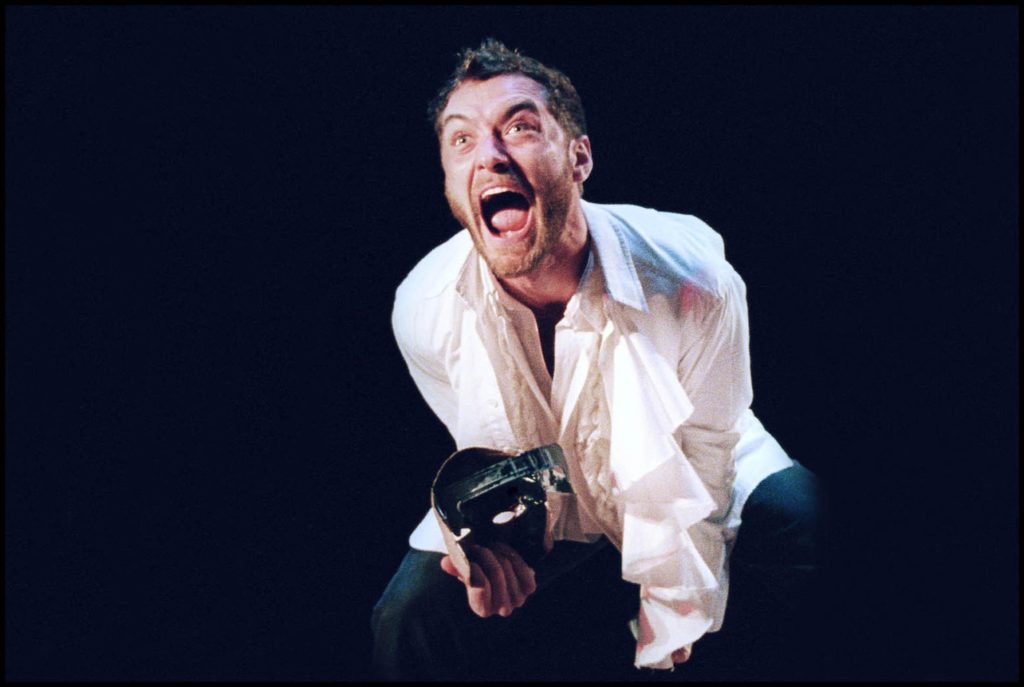 Few sentences to all those who jabber…

The acting skill is just one. There are different ways an actor can play. They depend on the material, the genre, the director’s vision and control, the stylistics, the field, and so on. Simply put, we – the actors – are projecting the real life on the stage or the screen. We do not deal with ordinary moments, but with extraordinary ones that show the human nature in extreme states. Dramaturgy deals with and describes such moments and situations, scripts of films and series – too. One of the features of the so-called “histrionic posing” in films is supposedly the shouting, I often read. If an actor shouts, then he is not a film actor??? Are we not shouting in life, do we not fall into extreme states that even lead to murders? I am very interested how people talk in such moment – not shouting? There is no difference between creating a role on the stage and in front of the camera. There is a difference in the way to do it.

There is a difference in the sequence of scenes, in theatre rehearsing is from the first to the last scene of the play, in film shooting is mixed. You can shoot the first and the last scene of the film on the same day. However, the way to create a role is absolutely the same. There is more energy on the stage because the audience is present in the hall and people on the second balcony should also hear you. There is no such need in front of the camera because there is a microphone. But these are differences that do not need much preparation. It is a feeling and the good actor switches automatically. We should also take into account the fact that the actor does not do the things himself. In films he is one of the final links. He is an instrument in the hands of the director. The actor is led by the director. A good director can do a lot with the actor, correct him, lead him, and together they mould a good role. The same is in theatre. It all comes to experience as well. A young actor, stepping on the stage of the National Theatre, for example, does not have the necessary skills to stand adequately on it, to be heard, to be noticed, to lead an act. This is the lack of experience. In time, if he is good, he improves and develops. In the films it is the same. A young actor does not understand the largescale, the finer play, the fact that even a small gesture tells a lot about the character. In time, if he is good, he succeeds in achieving everything.

The truth is that, as in all professions, there are good and not so good actors. There are no theatre and film actors. A good actor can do everything – play comedy, drama, shoot, perform on stage. Everything. And he does it well. 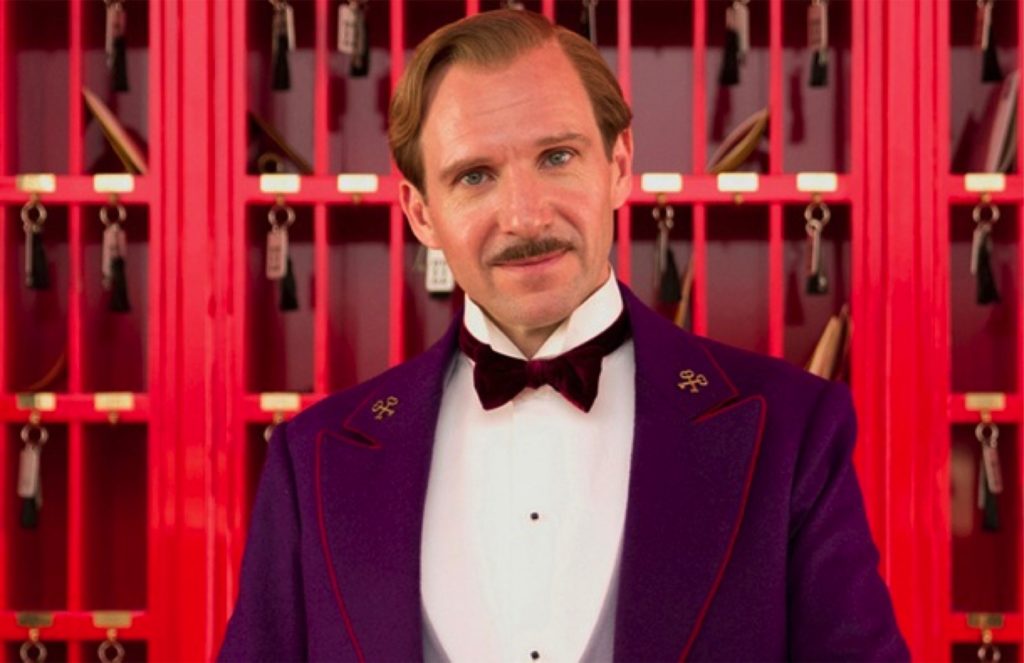 A not so good actor lacks the necessary talent and feeling. He cannot develop a character, he performs flat, without shades, gets support from external means, because he is not sure, he starts to show instead of really experience, the words do not go through the heart and the mind, he does not mean them and they come out mechanically just as words, he falls into states and does not act. The not good actors feel insecure and have a tension that is visible both on stage and on screen. Technically they know how to play, but they do not have what is needed to turn the role into something really true and real. If the actor declaims on screen, he declaims in the theatre too! But all this is normal. There are such (good and not so good) in sports, in music, in the medical profession, among lawyers…

It is much more honest, dear critics, pundits, journalists and intellectuals, to write which actor is good and which one is not according to your criteria, instead of who is histrionic posing and who is not.

Just a brief note. I know that in Bulgaria there is a belief that theatre damages the film actors. I think that theatre is the biggest test of the abilities of an actor. In general, everyone (more or less) can be in a film – models, workers, people on the street, children. But not everyone can stand in front of 900 people and perform for three hours, capture the audience, give a meaning to the space here and now. Great actors from blockbusters long for playing in theatre at least once in their life. Is this a coincidence? Few manage to achieve this dream. I have seen some big names debuting on the theatre stage. They did not perform in a film way, on the contrary – they performed as it is done on stage. And they have never been on stage. How does this happen? The great Robert De Niro always plays with a specific face that has become his signature. What is that face? Theatrical? And more. Johnny Depp as Jack Sparrow, how does he play, doesn’t he “pose histrionically”? And Ian McKellen as Gandalf, how does he play? I can ask many similar questions. Theatre develops the actor, develops his imagination and his skills.

I have heard people talking that NATFA should have a major “Acting for film”. This is ridiculous. Really. This can only be said by a side observer, a person who does not understand anything, a person from the audience with great pretensions. In America, this profession is taught in courses. In America, theatre is not popular. America is obsessed with the film industry. But I bet the good American actors are very good on stage too and will very quickly play in a way appropriate for the stage. For example, English actors play both in films and in theatre. They play a lot in the theatre and are unmatched in films. I do not think they have studied “Acting for film”. It is good to take some courses – for example a 1-month course, where the starting actor is introduced to the technical part of the filming process. Different lenses, plans, how a filming process works, etc. But there is no way to learn another “Acting” skill.

This text is for everyone who writes such statements. Think a little and you will see how not right you are. Critics should have witnessed theatre or film processes. They should know how all stages happen, what is acting, what is directing, and so on. Watching films does not make you a specialist. If you want to be adequate, go deep into this profession and do not just look on the surface. You still wish to be considered serious people. Right?

Photos in the text are taken from the internet and just show good actors on screen and in theatre.