It all started in February 2018. My friend Stoyan Haralampiev, whom I know about our bikes, told me that he was joining a young company that develops a chatbot platform. “What platform?” – I asked. He smiled and for about an hour told me everything, showed me such platform on Viber, and I got enthusiastic about it. They worked a lot with the Bulgarian office of Viber, and in a week he and the other people in the company introduced me to Petya Kamburova and Nikolay Gevechanov – important people in Viber. I was very interested but did not know what to ask. I went to the meeting and two very nice young people welcomed me. They had a specific proposal to me. I did not understand much, except that they offered me to be something like a ginny pig for a new product – something like a social network on a messaging channel. It is called Community. In return, they would give me everything Viber has – stickers, clickers, chatbot, community, button… I got interested, it is something I have no idea about, but I will learn many new things, which is important and valuable for me. I like to develop and throw myself in unfamiliar territories because always after such a dive you get out enriched and developed in a new area. I agreed. We made a Community – Vladimir Karamazov Community. 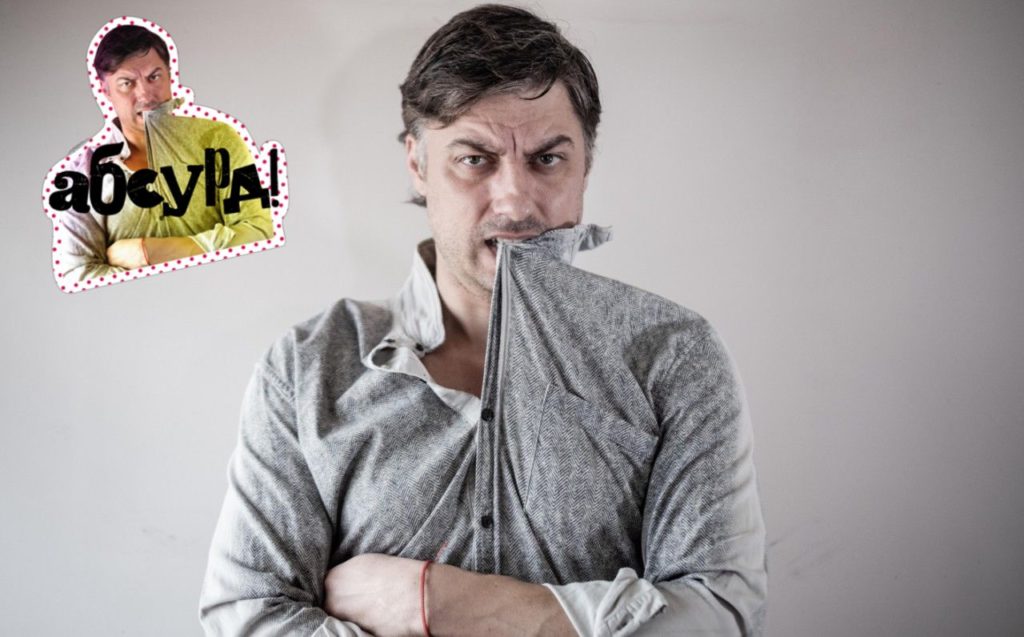 I started promoting it on my networks. At that time, it was a beta version, i.e. in a testing period and under development. I became one of the first people to have it and helped develop it. It was interesting. There were a number of imperfections, which I “was catching” as a user. Generally, the technical team deals with the general stuff, and the small things escape them. So I catch something bad and say it, they make tests and if it is a problem – they fix it with the next global update of the application. I was suitable for something else too. I have developed profiles in all social networks and I have a website. This is how we were testing the visibility of posts on the social networks and in the Community. All numbers were in favour of the Community. After we had tested this new social network a little, we decided to release stickers there. It was a very good time for me. Together with the artist Hristo Trenev we created them. Another new experiment has begun. Anyone downloading the sticker pack was joining the Community. Naturally, if someone did not like it, he/she could leave it. For a long time, people were asking me why it had 11 000 people first and then suddenly fell to 5000 people. The answer is very simple. This was part of the development, there were imperfections, such as the sound notification. Every post/message I sent to followers rang out to them. It was annoying and people were afraid they would be spammed by me. So there was an outflow, and not just for that. It was part of the experiment. If we had not gone through it, now there would not be such good and working social network on this messaging channel.

After the stickers, my chatbot – Vladrob Smartloop also appeared. It was made by my friend and the company he worked for – Connecto.ai. It was the same with them, they also needed a ginny pig to develop their platform. So, I went into the world of chatbots too. It was difficult for me, but very interesting. So, with Viber and Connecto we started to experiment with everything. With posts, ideas, suggestions. A time came when my friend’s small company became part of the Leanplum giant. They started to engage in grand projects in another area, so the company Smartloop.ai adopted my chatbot.

Thus, little by little, the platforms were developed and we come to the present day when the new Viber product – Community, has become something extremely interesting and promising. For me, it has become the most direct and exclusive way to my followers. There are many things you can do there. You can open it and everyone can write, share opinion, anyone can ask me a question, only me, in a chat only with me, and I can write to a certain person without others seeing. I can release live video there through YouTube. There I can assign different roles to people – admins and superadmins, I can do polls, post videos, audio messages, links, photos – anything you think of. Other many interesting things are yet to happen there.

After these efforts and events with Viber, we decided to release stickers again, to the already perfectly working Community. I wanted them different from the first ones. As I started actively to take photos, I decided the stickers to have selfie photos. I cleared a wall at home, piled up clothes and accessories, put the camera on a tripod, and started to have fun. I took many photos. But who will turn them into stickers? Then I turned to the very good and creative company The Smarts. Gergana Ivanova and Radoslav Bimbalov have created an exceptionally working creative machine for ideas with some of the most talented people in the field. They agreed to stand behind this project and create the stickers. In addition to their realisation, they helped me with lots of ideas. Naturally, the link with The Smarts came from my friend Maria Panayotova.

Thus, Vlado Karamazov’s Stickers Vol. 2 appeared, as a natural continuation of my collaboration with Viber. The stickers will be active for three months and will point towards my Community. We have come up with nice and interesting projects there. We varied the stickers, introduced new phrases, words, and jokes. I really wanted my two sweet idiots Paris and Gena to participate as well. They are my puppies, terribly funny and crazy. I love them very much and I wanted them to be with me on the stickers too. The Smarts embraced the idea, and, apart from photos on two stickers, they are present also as drawings. Paris is a zwergschnauzer and Gena is a riesenschnauzer. They are still babies who grow up. Stickers will be also a memory of their childhood. These are the actual stickers of Paris, Gena and Vlado! 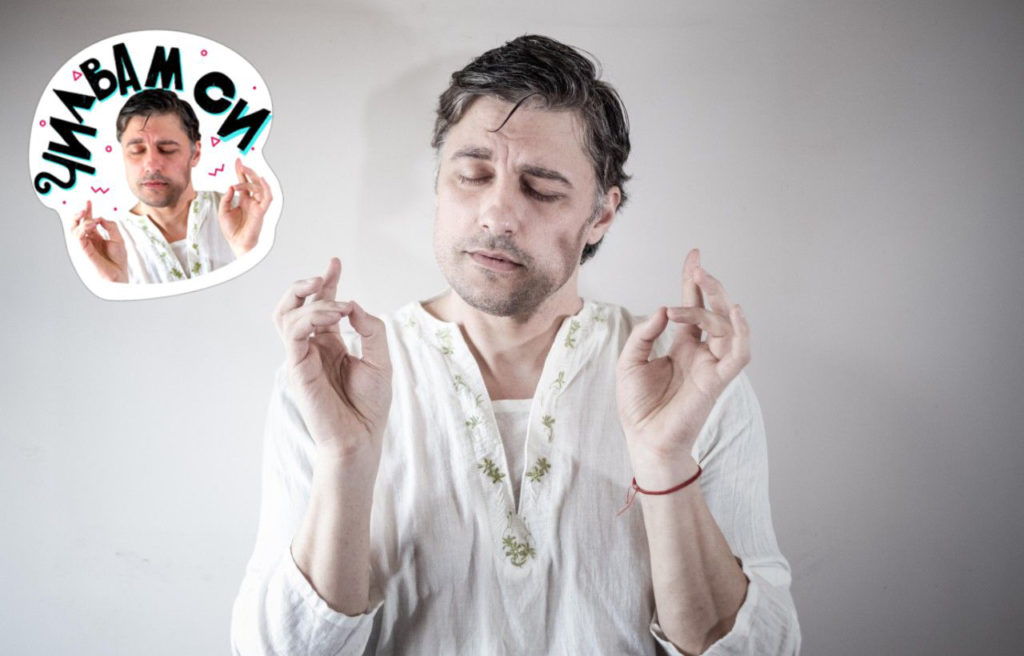 After the success of the project “Recreate Classics” and my performance of Yordanka Hristova’s song “Confession”, I consider Nestle и NESCAFÉ® Dolce Gusto as a partner for my crazy ideas and projects in the future. Such a friend is priceless when you want to do big things. Someone has to trust you and be with you in the realisation. To believe in you and to be sure of the success of the project. I saw Nelly Angelova – Manager Communications for South Eastern Europe, and Milen Altankov – Brand Manager NESCAFÉ® Dolce Gusto, as my partners. In their honour, I have made the sticker “Good Morning”, drinking NESCAFÉ® Dolce Gusto. It is actually the very truth. Every morning I make their coffee with the veteran machine I have for 10 years. They took pity at me and gave me the latest coffee machine – a space ship I am still getting used to. I make a gesture to them with the sticker, and they pile me with gifts – cups, machine, coffee, spoons, sitting puff, and whatnot…

This is the story of my sticker pack 2. Download the stickers, send them to friends, and I am waiting for you all in my Community where we will have fun and grow old together.