I’m very pleased to write this text because it takes me back to those months when we were filming “The Tree of Life” series. Right when Evtim (Miloshev) invited me, I realized this project will become very important to me. Because it tells about the Bulgarian history, because of my character and the colleagues I will work with. I remember the screenwriters called me and asked me if I liked the name Panto. I didn’t think much about it and said yes. They had gone through quite many old Bulgarian names, but I insisted on Panto. Somehow Manol Vulchev or Spiridon Vulchev didn’t stand well. Panto was the name of my character and I told them not to dwell on it anymore. Panto Vulchev. 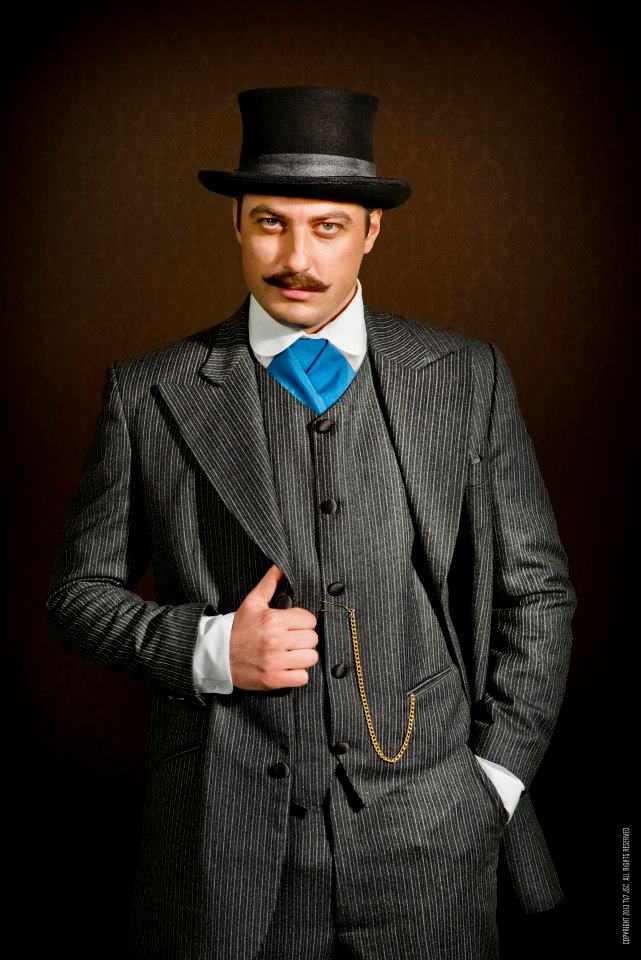 With time I realized who the other actors were and I really enjoyed the team to be making the series – Maria Kavardgikova, Hristo Shopov, Yosif Surchadgiev, Valentin Ganev, Teodora Duhovnikova, Anastasia Ingilizova, Vasil Banov, Stoyan Aleksiev … and many more talented actors. Such a selection of cast is very rare, even impossible. But somehow Evtim gathered us – so many names in one place. And that would have been either extremely good, or a failure. I was hoping for the first.

The team was formed. It was time for the preparatory period, an interesting and inspiring one. Panto Vulchev had his own personal tailor. An old master with a small tailoring atelier in the heart of Sofia. It turned out Panto would have 12 suits and each of them would have been specially made for him. They also took measures of my head and sent them to a master hatter in Plovdiv, and my shoes were made by a shoemaker in Varna. I had my whole team of stylists, tailors and shoemakers. I think even Brad Pitt doesn’t have this often. We had personal photo sessions taken, in a special set in the spirit of the era of the series. And that helped us to feel the historic age, the makeup, and to “get in” the suits and shoes of that time, to look at ourselves from aside before the big filming process begins. It was both useful and exciting. In fact, everything around this series was special. That’s when I first met Hristo Shopov. We knew each other, but not well and we’ve never communicated. I was slightly concerned if we could work together. He’s a bit odd by nature, I am too. Still, we had to play brothers. When I met him I somehow sensed we would get along well. Hristo was a great provocation for me. It’s always very interesting to play with good actors I haven’t met before. There was emotionality in him that I liked and it stirred my enthusiasm a lot.

Another valuable person from the acting cast was Maria Kavardgikova. When she’s around in the theatre or the cinema, I feel extremely calm. I know when I’m crooked or angry, I’ll go to her, I’ll share with her and a weight will be lifted. I and Maria have performed in many productions together – as lovers, mother and son, enemies. So here she would have to be my mother whom I love a lot. What’s easier than that?

Me and Teodora Duhovnikova, we had to be a couple in the series. Not that we haven’t played lovers before, but here we had to play Bojura Dgevezova and Panto Vulchev. Characters quite extreme in their love, views and pursuits. We wanted everything to be of life and death. Now when we remember about our Panto and Bojura, a slight sadness appears in our voices, and we always feel a bit like crying. Many times we’ve watched scenes and enjoyed them as if it’s not us playing these characters.

Next to me was also Anastasia Ingilizova. A friend of mine in the profession. She played my wife, which I lie, harass and hate. We often talked about how to do it, how it would be better, and how to defend our characters more explicitly.

At that time another meeting happened as well, very valuable to me – with Ivan Stamenov – Johnny. As a young man he was a big star, right after NATFA he joined the National Theatre and a few years later he went to the States. Then he dropped off the profession and started with business. For me, he is the most most kind and pure person and friend. He charges me with lots of positivism and calms me. I met him also in “The Tree of Life”. He would play my sister’s husband. We spent long hours together. One day he had important business conversations abroad. We were many actors in the room and we asked him to have his conversations before us, we promised to keep silence. Asya, Monyo, Bashar, Teddy and I were sitting for an hour and watching Johnny fighting and talking in English and German. It was so interesting that I remember it to this day.

Vulchev’s house was indescribable. Sets of real size and real furniture of that time. When you shoot all day in this house, you start to recognize it as yours, the place becomes cosy and close to you. And it wasn’t difficult – this house was big and beautiful. We had our own rooms, wardrobes, chairs … We were crossing to another reality and era. Much better than the current one. We often spent 12-14 hours in it. We were so much into that time, and going to the slush outside (because we shot in the winter) was pretty depressing and unpleasant. 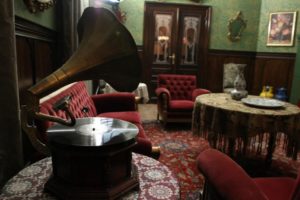 Many things happened in these months. Unforgettable things. One of my strongest professional memories is a scene with Hristo Shopov from the first episode. It’s great when in the eyes of your partner you find everything – emotion, empathy, depth, trust. I knew we’ll do this scene together, not everyone for himself. Everyone was playing for the other. This charged me every time we looked at each other. We repeated the scene many times, but I had the feeling I could repeat it more than 500 times with him and it would be like for a first time.

And one more scene I remember – with Teodora, from the second season. The parting of our characters. We said to each other we want to do it in a way so we would be proud of it even in 30 years. When you make such demands, the concern whether you can do it is far above normal. I remember every second of this scene – how the whole team kept silence, how we took our time, and we focused on how we felt.

I can tell many stories, but I’ll stop here. These are the first things that jump out of my memory. I cannot wait to watch the series again, and if I write something else about it you should know that I couldn’t hold it inside me and the emotion has struck me again … mercilessly!