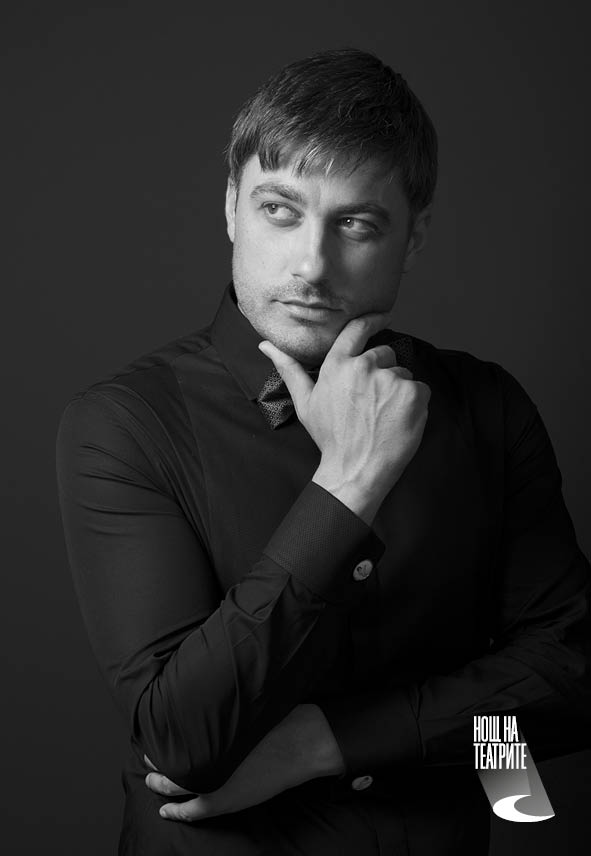 I write this text as a balance-sheet. For the Theatre’s Night initiative, which does for the theatre as much as no one else is doing in our country for this art. For six years already. It is something, not much, and not unique – there are many such platforms all over the world. On one day of the year, theatres are performing not one but several productions at unusual hours, and at any time of the day you can watch theatre. If you want, you can even make yourself a marathon and watch 4-5 productions. It is cool and it is a fact that here in Bulgaria this is the only way for this to happen. It is not like that abroad. There, there are performances everywhere, anytime. What is unique about this initiative is that it raises a lot of noise around theatre. “Theatre’s Night” is a huge advertising campaign for the art of theatre. No one does such one in Bulgaria. Massive, interesting, different, modern, youth-oriented. For those who need theatre (only do not know it) and those who theatre needs. The initiative raises noise around theatre for months. The audience at “Theatre’s Night” is growing every year. It becomes a real theatre celebration, much bigger than the World Theatre Day on March 27th. All this is done by two girls and a boy. Why would two girls, professionals in their field of work and loaded with responsibilities and duties, will get involved with something like that, what dividends they have? Perhaps many people think that with this initiative money is gained on the back of theatre. Personally, I have no problem when enormous work is rewarded, but reality is not it. This initiative is realized with minimal funds. These funds are provided by Sofia Municipality, Ministry of Culture, and companies that help with small amounts but important for the realization of the Theatre’s Night. Total amount is not more than 5-6 good monthly salaries. And they should be enough for printing books, for photos of the ambassadors in the “Night Personages”, for editing the clips, installations, everything. Of course, they cannot be enough for such a massive advertising campaign. Many things have been negotiated on barter, others are absolutely charitable. The work on such an event is enormous. “The Smarts” creative agency, which has helped Theatre’s Night from the start, once again gives the whole advertising concept, materials and ideas for free. It costs a lot of money. Many media stand behind it, with advertising time and advertising positions – for free. Companies like Metroreklama, which lends advertising space in the Metro and around the city, also support the theatre. Why? Why is this done if not for money? It is difficult to accept that there are other things – immaterial and noble. That there are people who are ready to move mountains for their love of something. That miracles can be done out of love.

I have often witnessed strange things done by the theatres. For me, the logics is that when you have huge positives, you do not hinder but help. I forgot to mention that the organizers do not want anything in return except for the theatre to indicate with what productions will participate and whether it is willing to do an accompanying event. And here comes the sad part. Many of these institutions have a sceptical attitude to the Theatre’s Night. Who are these? What do they want? They do not respond to emails for weeks, they hide, have demands, and sometimes – bad attitude. Why is this happening? – I ask. Why are we so ungrateful?

I have managed a theatre company for 5 years, so I know where the problem comes from. Nobody wants to do anything different and a bit more complicated. And the worst thing is that it is very convenient. To not do anything! When someone does something more, he/she gives an example that anything is possible and can be done with a little more work and thought. But if the bar is raised – work must be done. Not all theatres are like that, but unfortunately most are. With “Three Bears Entertainment” we showed also that without administration, offices and state money, huge things could be achieved in the Bulgarian theatre and with a team of four people.

The common understanding is that theatre does not need advertising. Oh really, it does not need? Well, does anyone realize that in their busy daily lives people work, fight for their survival, take care of children, and somehow they cannot constantly think of theatre. That even if they want to watch a production, people in their hectic everyday life forget, and someone has to remind them that it is still playing and “you, dear viewer, seemed to want to watch it – come , it is on tomorrow night and maybe you would be free”. Few are those who go to theatre every night and they do not need advertising, but these viewers are few. Everyone thought that when I, Julian and Zachary produced our own performances, they were full because we were stars. Yes, that helped us, but the halls were full because we had constant communication, we invented different ways to get to those busy people who would like to go to theatre but always failed. We sneaked in their moments of free time through constant advertising and filled it with theatre. The “struggle” for this free time of theirs is huge– it could be filled with many other things that are aggressively advertised and grabbing their attention.

I am very sorry we live in these times, but we live right here and now. What to do? I too want to have no internet, only art, to walk with a cane, a cylinder and a carriage in the only National Theatre, to be not flooded with products, information. I really want such a time, but it is in the past. It is gone. We have to be able to look and exist adequately. Theatre costs money and it competes for the 100 BGN, spent from the monthly entertainment budget. OK, we will not advertise, and then that 100 BGN will go for the mall, the cinema, the restaurant… Theatre needs huge advertising. Only then it can win over everything around. The only such adequate advertising comes from this initiative. Let’s enjoy it because it is the best assistant and friend of the theatre we love so much.

Despite the difficulties, Maria Panayotova, Katerina Milanova and Stefan A. Shterev continue to struggle with the reality in the Bulgarian theatre and, despite it, to make every “Theatre’s Night” bigger and more memorable. How long will they have the strength for it? I hope they will because Bulgarian theatre needs an advertising campaign for itself.