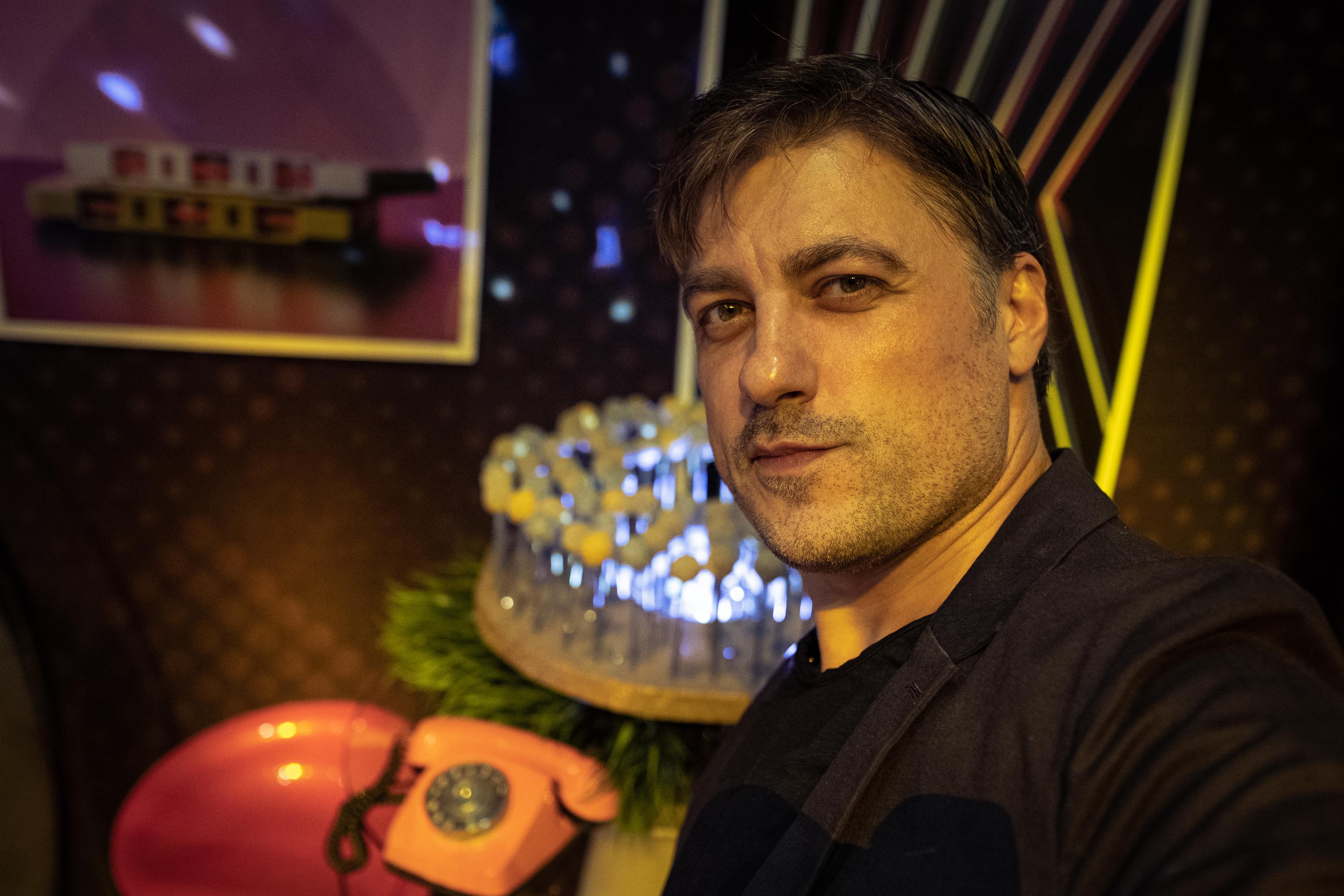 In 1887, William Grant implemented his dream of building his own distillery. He called it “Glenfiddich” from the Gaelic “The Valley of the Deer”. The first drops of whisky flowed from the copper distillers exactly on Christmas Day that year. A few years later, in 1909, the first bottle appeared.

Exactly 110 years later, Vlado Karamazov was the host of a spectacular party for the presentation of the new bottle of the top brand Glenfiddich. The party was spectacular because the decor recreated several epochs and showed the evolution of the bottles to this day.

The journey into the brand’s history began in 1909, the year when Glenfiddich’s first official bottle had appeared. The bar was decorated with elements of that time, and the bartender was serving a distinctive Rob Roy cocktail with plum and walnut, created in 1894 in Waldorf-Astoria in New York.

The next bar was from the 1950s, the decade when designer Hans Schleger created the iconic triangular bottle that fascinated the world. The bartender of this epoch was serving the guests a cocktail with pear and mustard, ingredients that perfectly emphasize the taste of Glenfiddich.

The bar of the 1970s, when Glenfiddich’s “Deer” proudly appeared for the first time on the label, welcomed us with a Godfather cocktail. It is said that the drink was a favourite of the American actor Marlon Brando.

We ended the journey in 2019 with a great bar where guests tasted the light and very impressively served Highball cocktail, which is currently a worldwide trend.

At 22:00 o’clock sharp, Vlado Karamazov showed the guests the new look of the bottle. The guests and the stage were flooded with confetti, just like at a grand event marking a new beginning. Everyone enjoyed the cosy atmosphere, and took photos with the characters and the bartenders from the different epochs.

In 2018, Vlado Karamazov and Glenfiddich realised the project “Mission Maverick”, which received huge success among the audience. For several months Vlado discovered and told us about five Mavericks – interesting people who inspire us and set a good example. You can read the stories here.